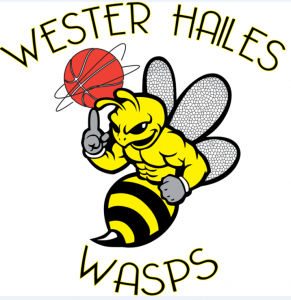 After the very successful pilot project which ran from April to June 2015, South-West Edinburgh Basketball Club is now entering into its first official season.

The club has opened its doors to the community and will take players of all abilities. To begin with the club will offer sessions for under 8s, under 10s, and under 12s teams (girls and boys) building to older age categories as the players progress through. Three branch clubs have being set up, Wester Hailes Wasps, Currie Crocs, Balerno Bears and High Flyers Under 8s.

The club will encourage people to play sport and act as a pathway for young people from community clubs to the senior section of Heriot-Watt University Basketball Club. Former Worcester Wolves and Glasgow University player and coach, Steve Archer, has been appointed as Club Champion for basketball within South-West Edinburgh, following a robust recruitment and selection process. One of Steve’s main responsibilities is to continue the development of new youth basketball clubs in South-West Edinburgh. So expect to see a lot more basketball being offered within the community.

More information about training times and venues can be found at