Welcome to Redpath’s Corner, our weekly column from local boxer Lee Redpath! Keep up to date with boxing news and follow Lee each week as he trains for the season!

The last show in September was a big success so I’m really pleased that I’m scheduled to fight on the next show on December 5th at the Meadowbank Stadium in Edinburgh.

It was such a great show, there was 1200 in attendance and the heat in that hall was unreal just from the amount of people in there.

The atmosphere was electric and I could hear all these different chants, they took the roof and it was unbelievable. 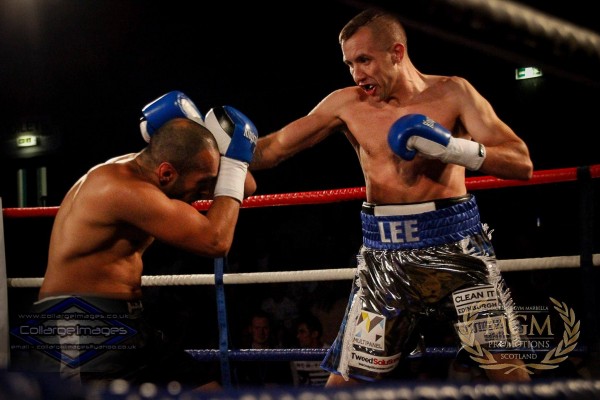 I defeated Ibrar Ryaz on points and I felt good in there but it was the toughest fight I’ve had because he was good and he came to fight. I hit him with some good shots and he didn’t bat an eyelid, he just kept coming forward like a steam train!

I thought that I boxed well in the first two rounds, the third round was a bit sloppy, and in the fourth round I felt like I was tired, however, I won all four rounds.

That was my first four-threes so that means four three-minute rounds. I’ve only ever done six two-minute rounds before, in my first two professional fights. I did tire in the last round so that’s something I’ll be working on in the gym.

Admittedly, he did catch me a couple of times when I tired. He was a wee opponent for me at 5ft 4” so I had to come down on my shots, so everything I threw was down low and a little awkward.

I’m pretty happy with the performance overall and my corner was, too. I had my trainer Scott Cowen in the corner and also Billy Nelson, who’s famous for being two-weight World champion Ricky Burns’ old coach.

Every time I’m in there, I try my best in order to pay back the fans for buying tickets. They work hard for their pay packet so to spend it on me is amazing and I’m so grateful and hopefully they continue to support me throughout my career. 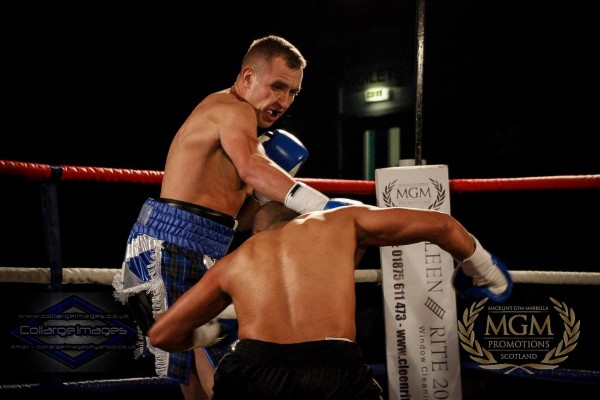 So, for all the fans asking, I’ll be back at the Meadowbank on 5th December and it’s an even bigger bill this time!

I’ve just been told that Stephen Simmons is likely to defend his Celtic belt, there’ll be more fights scheduled, and in a bigger hall as well! They’re also looking to put on some good 50-50 fights, too.

I’m definitely looking to push on now, and I said before that I want to be active, I’m willing to travel if necessary, but basically I’m here and I want to stamp my authority!

Be sure to come back next week for the next Redpath’s Corner!