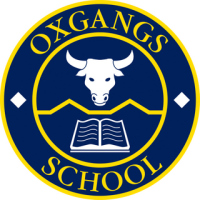 The City of Edinburgh Council has announced alternative arrangements for 1,300 pupils from four primary schools affected by the closures.

The primary schools are: Oxgangs, St Peter’s, Craigroyston and Castleview.

Pupils from Oxgangs and St Peter’s will use the alternative arrangements that were in place before the Easter break and these will start from Wednesday 13 April. These include pupils holding their classes, with their regular teachers, at local schools, including Clovenstone and WHEC.

Craigroyston Primary pupils will be relocated to Craigroyston Community High School on a phased basis. P4 – P7 will have arrangements in place from Friday (15 April). P1 – P3 will return on Tuesday (19 April) as Monday 18 April is the Spring Public Holiday.

Castleview Primary pupils will be relocated to Castlebrae High School from Tuesday 19 April. Details will be confirmed later this week.

All the arrangements for the four schools have been communicated to parents directly and are on the Council website.

Work is ongoing to identify alternative arrangements for other primary, special and S1 to S3 pupils. The Council anticipates all affected primary and special school pupils to be in alternative schools by Tuesday (19 April) next week as the Monday is a Spring Bank Holiday. This is subject to the Council getting access to the closed schools to move necessary furniture and equipment.

Further updates for S1, S2 and S3 pupils will be available later in the week.

We have now put in place alternative arrangements for 3,300 pupils, including as a priority all senior pupils in S4, S5 and S6 sitting exams in the near future, which has been a huge logistical exercise. Work is continuing to identify alternative options for other primary, special and S1 to S3 pupils which we will communicate to parents as soon as we have further information.

I fully recognise the significant inconvenience to parents caused by these closures and I want to thank them for their patience as we continue to work through this issue.

A programme of structural surveys arranged by the Edinburgh Schools Partnership is continuing this week.

The Council will update parents directly, via text message, the Council website and via the Council Twitter @Edinburgh_CC as soon as information becomes available.