Gordon Lindhurst, MSP for the Lothian Region, has announced that he will be holding a regional advice surgery at Wester Hailes library on Friday 23 September 2016, 3.00pm – 3.45pm.

Gordon is one of seven Regional MSPs for the Lothian region elected during the 2016 Scottish parliament election. Regional MSPs have no set constituency, unlike Edinburgh Pentlands MSP Gordon Macdonald, but instead represent people from across a wider area.

The Lothian region MSPs include: 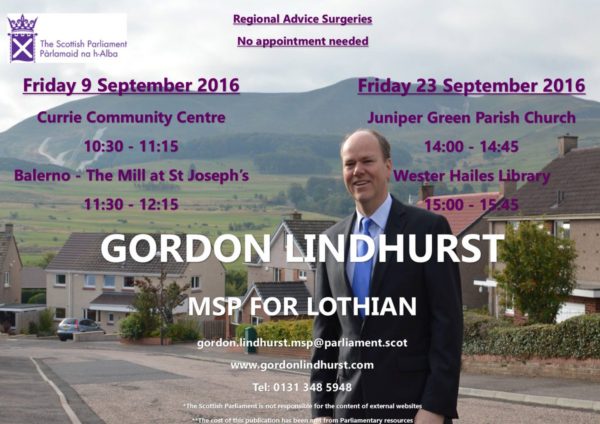