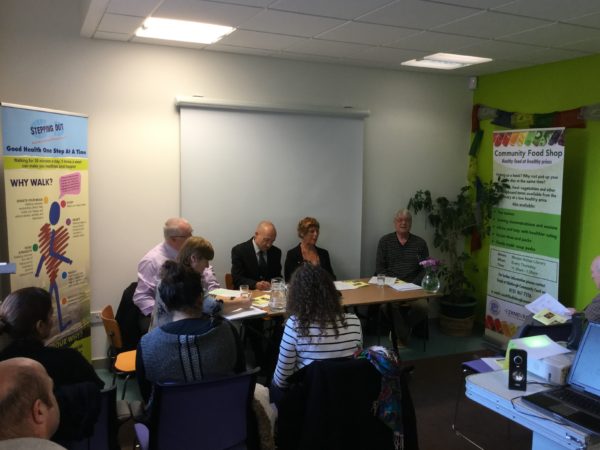 The meeting was guest chaired by Local councillor and convener for the Health, Social Care and Housing Committee Ricky Henderson. Councillor Henderson opened the meeting with a speech detailing the importance of community organisations like the Health Agency who allow people to stay at home and remain independent. He congratulated the hard work the organisation does especially during these times where people are living longer and many organisations are forced to deal with budget cuts.

Chairperson Eoghan Howard then gave a report on the developments of the year, opening by acknowledging the sadness of the passing of John Aitchison a long term board member and community activist. He discussed the networking work the Health Agency has done over the year with their involvement in the creation of the Wester Hailes Community Trust. Eoghan also commented on the Health Agency’s current plan of looking at the link between art and health, mentioning the new photo exhibition and plans to continue adding artwork to the Healthy Living Centre and surrounding areas. Finally, Eoghan concluded by giving his thanks to the three board members who are stepping down Denise Pryde, Colin Cooper and Alistair Wallace presenting those present with cards as a token of appreciation from the organisation. 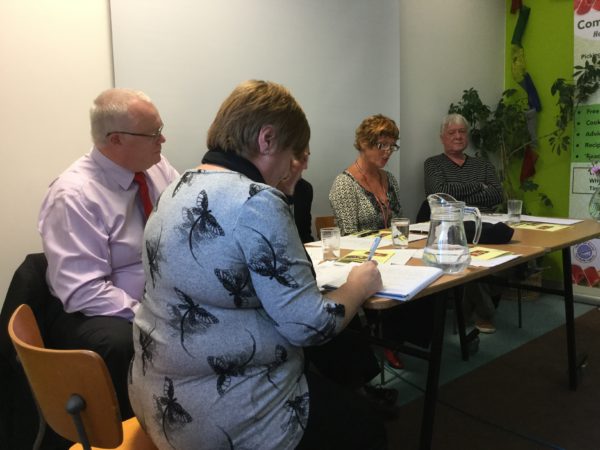 Manager of the Health Agency, Linda Arthur, gave a report detailing what has been a successful year for the organisation, commenting that they have grown and been well supported. She detailed how the they have continued to collaborate with partners in the building and local area working together to try and improve the quality of health for local people. She added that the group is currently planning to work with SCOREscotland to work with the asylum and integration team to build services to support families who have faced and are facing trauma. Linda concluded by remarking on the success of the Agency’s green space projects like the Willow garden and the work done by Edible Estates. Finally she thanked all the members of the Health Agency team, funders and service users who have worked with and used the organisation over the year. 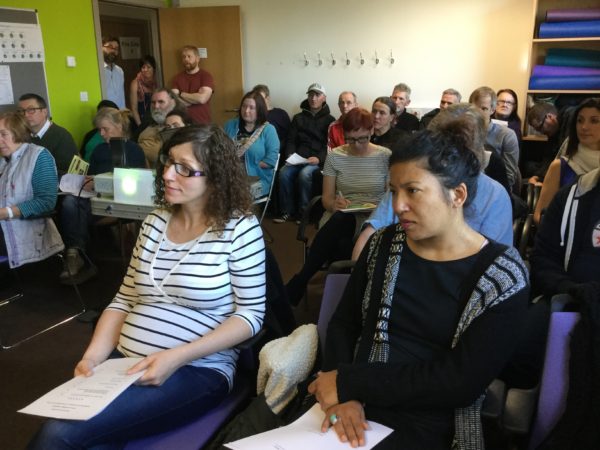 The next item on the agenda was a finance report by the groups treasurer Alistair Wallace. Alistair reported that the organisation has had a successful year. He reported that the organisation spent just over £3000 more than it took in but was in a good position going forward. He added that plans were in place to build the Agency’s reserves going forward and was heading in the right direction after a couple of more challenging years.

The group then moved on to the board member elections. Two new members were elected and after being reelected Chairperson Eoghan Howard will remain in his position.

The Health Agency concluded the AGM by showing two short videos, the Our Place in Time poem and one titled 23 1/2 hours detailing the importance of small amounts of exercise in peoples daily lives. After the meeting a selection of delicious food and complimentary therapies were available to those in attendance. 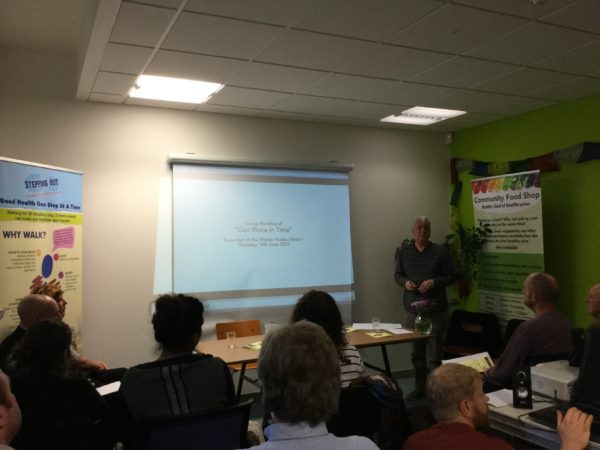 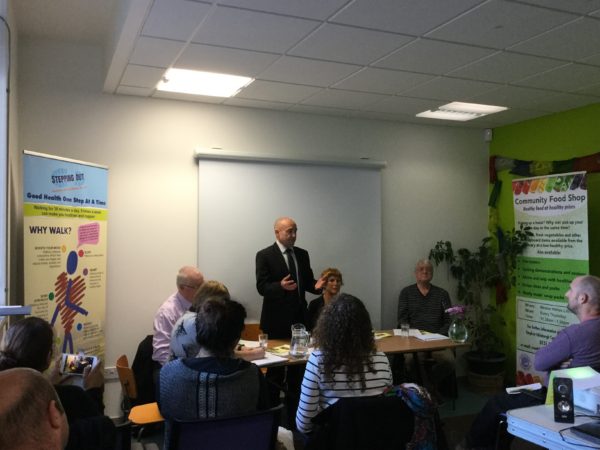 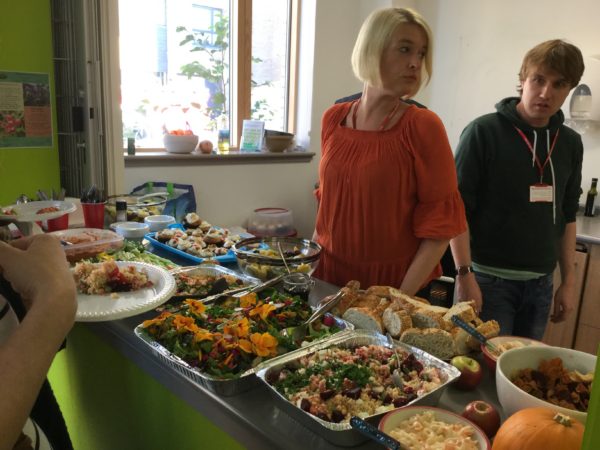 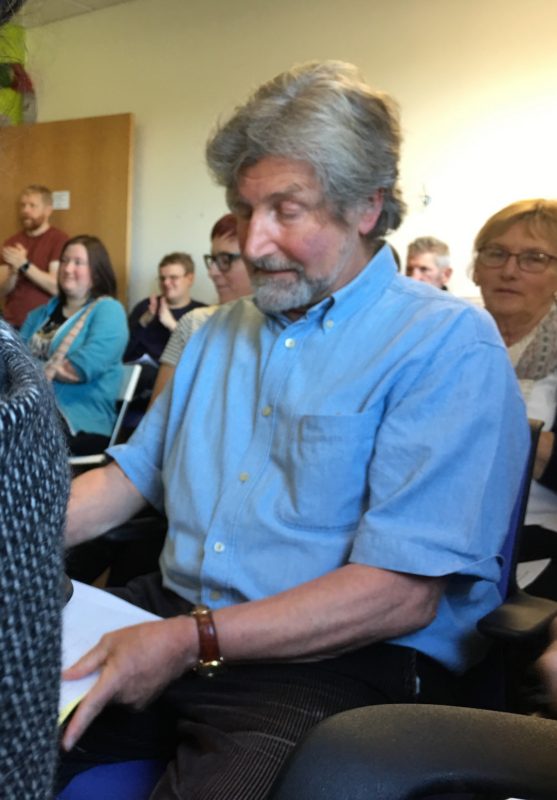 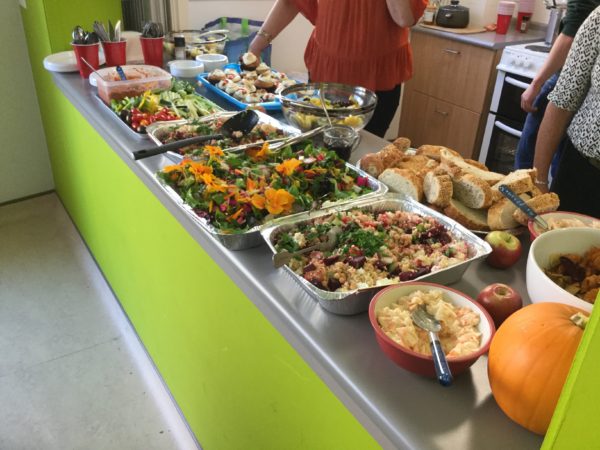 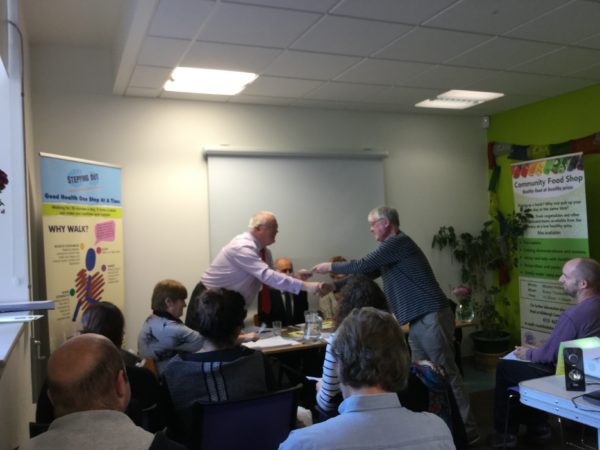