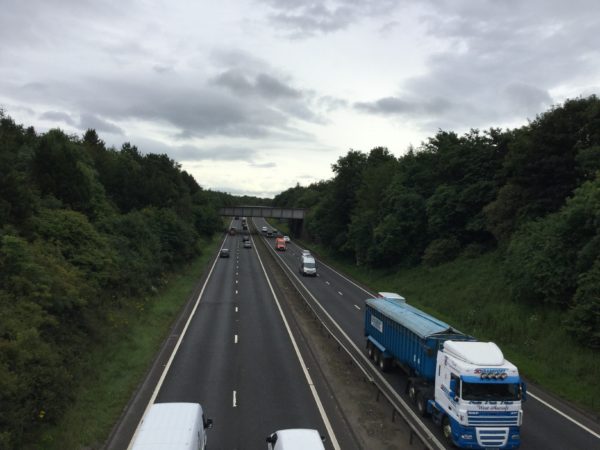 Police are appealing for witnesses after two drivers had to take evasive action when objects were thrown from a flyover onto the city bypass.

At around 10.00pm on Tuesday, October 18th, a Vauxhall Insignia travelling on the westbound carriageway of the A720 had its windscreen smashed when a stone was thrown from the bridge on Lanark Road, near Juniper Green. The 28-year-old driver was forced to pull over onto the hard shoulder before contacting the police.

Moments later, a mother and her two young children were travelling in a VW Up along the same stretch of road when an unknown object was dropped from the bridge onto their windscreen causing it to smash.

The woman pulled over and raised the alarm with the police before travelling to the Royal Infirmary of Edinburgh where she was treated for a facial injury. She was released a short time later.

Local officers are now appealing to anyone who saw any suspicious behaviour in the area of Lanark Road on Tuesday night to come forward immediately.

Constable Denise Humphrey of the Road Policing Unit based in Edinburgh said:

This was an extremely reckless and dangerous act that could have had even more serious consequences.

Understandably, everyone involved in both of these incidents were left badly shaken and it’s thanks to the quick reactions of the drivers that they managed to safely pull over and contact police.

Today I’m urging anyone who may have information on the person or persons responsible to come forward immediately.

Anyone with relevant information can contact Police Scotland on 101. Alternatively, an anonymous report can be made through the charity Crimestoppers on 0800 555 111.