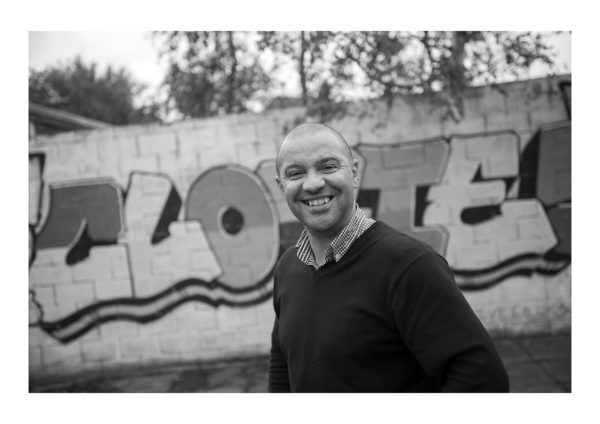 Here is the photograph and interview with Sas Martinez who speaks about growing up in Clovenstone and now working as the Community Learning and Development worker based at Clovenstone Community Centre. 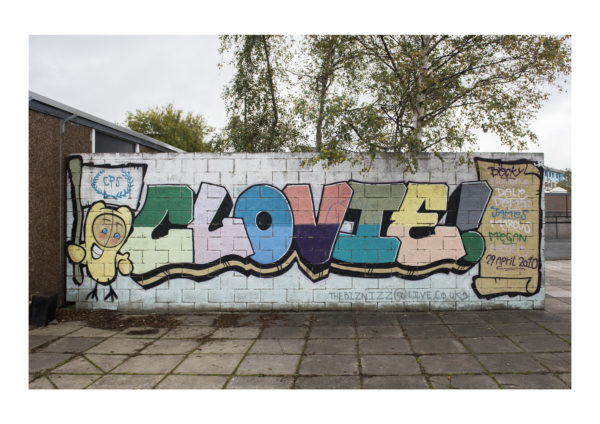 What other jobs have you had in the area?

As well I used to work for Wester Hailes Youth Agency based up at the Quarry Park, it was based at Quarry Park at the Pyramid and stuff. So I was working there. That’s where I did my training its where i qualified as a youth worker. With my degree in Community Education. I got made redundant from there cause they lost some funds and I started here, pretty much a couple of months after.

You grew up in the area is that right?

Yes I grew up in Wester Hailes Park, we moved there in 1971 so pretty much lived in Wester Hailes all my days. Obviously I moved when I got married and got my own house but I just moved down the road at Sighthill so I’m just outside Wester Hailes.

So you were here as a child, did you go to Clovenstone Primary School?

Yes I went to Clovenstone Primary School. I started there in 1976 I left there in 1981 then I went to Auggies for first and second year. I really enjoyed Auggies but the majority of my pals were all at WHEC since I lived in Wester Hailes, obviously. So I moved to WHEC for third and fourth and fifth year I went to WHEC.

Were you involved with the community centre when you were younger?

Yes. I used to come here for after school clubs and parties, discos, that kinda stuff at the community centre as a kid. I came here right up to when I left primary school.

Is there any events you remember fondly as a child you’ve continued as you started working in the centre?

Yes. We used to have a gala day in the Hailes and one of the things we do in the community centre is we have a family fun day every year. Every year it gets bigger and better. Last year I think there was nearly 300 people here at the family fun day and its kind of old schools we bring in things like magicians, bouncy castles, beat the goalie, raffles and trampolines and stuff. It brings out the whole community and we provide prizes and all kinds of food as well. So that’s kind of a tradition that I can remember happening here when I was a kid that we are trying to continue.

How has the area changed?

Clovenstone hasn’t changed a lot in regards to new building and stuff because the community centre’s always been her, the shop always been here its still pretty much the same owner of the shop, the church has been here as well. What has changed is the houses I think. Pretty much the houses have changed for the better. They’ve knocked down a lot of the Council tenements and they’ve built smaller detached houses with gardens and stuff which has made the area better. I think its made a more vibrant community.

Has the community feeling changed at all?

No I think in Clovenstone has still got that community feeling about it. I think everyone helps chip in with the community. I think Rab at the boxing club who’s the coach used to be the janitor here. He is community minded, he is community spirited and I think that spreads out in a lot of the community. The management committee here at the community centre is all made up of local people and stuff as well. I think if it has changed its changed for the better.

Clovenstone had a big anniversary did anything special happen?

Yes we had our 40th anniversary in the past year so we made a video based on the Pharrel William’s song Happy. We actually put our own slant on it as well. One of the reasons we went and came up with that idea for that song, for that video is that Wester Hailes gets a lot of bad press about it being a depressing place saying its high on drugs, high on unemployment but the people are generally happy so that was the point we were trying to get across. That Wester Hailes is a happy place it’s a happy community there is loads of positive things happening and thats why we came up with that video.

Ken it sounds a bit corny but its the people, its the people in the local community. I think it helps that you do like the local people, the local folk because that’s what I do in my job I work with the people everyday. I think my favourite thing about the Clovenstone area is definitely the people.

This is the last interview from Clovenstone Voices. We hope you have enjoyed them!