The WHALE Community Cinema would like to invite local people along to a free screening of Academy Award winning animated film WALL-E at the WHALE Arts Centre on Thursday 16 February 2017, 2.00pm.

This film is suitable for all ages and is supported by WHALE’s Westburn CAN project.

What if mankind had to leave Earth and somebody forgot to turn the last robot off? After hundreds of years doing what he was built for, WALL-E discovers a new purpose in life when he meets a sleek search robot named EVE. EVE comes to realize that WALL-E has inadvertently stumbled upon the key to the planet’s future, and races back to space to report to the humans. Meanwhile, WALL-E chases EVE across the galaxy and sets into motion one of the most imaginative adventures ever brought to the big screen.

You can book your place online at the screening’s Eventbrite page or by contacting the WHALE Arts Centre on 0131 458 3267 or info@whalearts.co.uk. 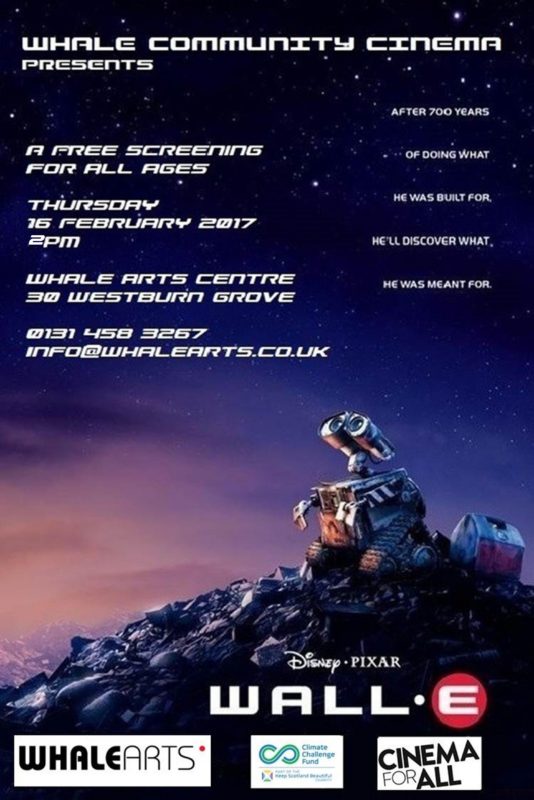