The Wester Hailes Community Council met yesterday at Wester Hailes library to hold their May meeting. Several topics were discussed including a report from Police Scotland and how best to proceed after the local elections.

The meeting began by giving apologies for those who could attend, including all the local councillors who were busy preparing for the election. They then discussed how the recent hustings, organised by Wester Hailes, Balerno and Currie community councils. The Community Council was pleased with the partnership with other community council and hoped to build upon it in future. It was also reported that there will be a hustings in Balerno, on Friday 19 May 2017 for candidates standing for Edinburgh South West in the upcoming General Election. The Community Council hoped that local people would attend but conceded that it was quite far. It was discussed that currently people may be a bit sick of elections and that instead of trying to host their own hustings it was suggested they hold a meeting at a community venue in a couple of months time with all the new elected members to discuss what they could do for Wester Hailes. This was supported and the Community Council decided it was something they would pursue.

The next item on the agenda was a report of crime in the area over the past month from PC Gavin Mears. He reported that in April there was:

PC Mears was then asked about drugs in the area. He reported that several caches of drugs had been found and that it was likely this might see a reduction in the cases of drug use in the area over the coming weeks. He was also asked about the recent spate of young people riding motorbikes in the area. The PC responded that they were targeting it but the Police has a non pursue policy to try to make sure both the public and the children aren’t put at risk if they flee. He encouraged local people to come forward if they know anything and if they see and young people on motor bikes to try to take a registration if there is one still on the bike, try to take a photo or to keep an eye out for where the bikes might be hidden. 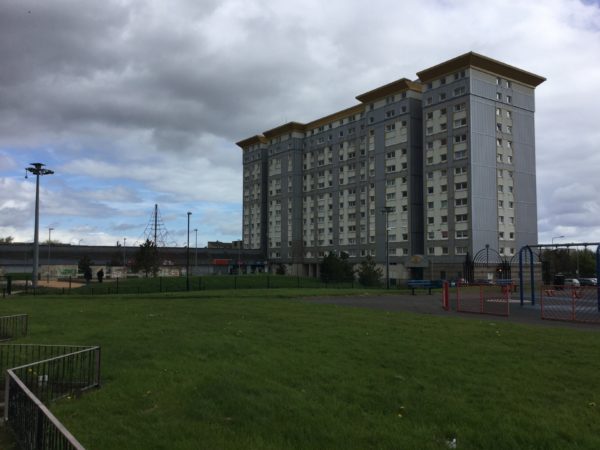 The meeting was then opened to the floor for local people to raise any issues they may have. Rik Morley of Wester Hailes Wildlife raised concerns over the water pressure in the Calders after a colleague of his had connected to a hydrant while trying to water the trees. He raised concerns that this could be an issue if there was a fire in the area and asked the Community Council to raise it with the Scottish Fire and Rescue Service, Scottish Water and Edinburgh Council.

Finally the Community Council agreed to contact local organisations encouraging them to send people along to the monthly meetings to ensure they are represented.

The next meeting of the Community Council will take place on Wednesday 1 June 2017, 6.00pm – 7.45pm at Wester Hailes library.