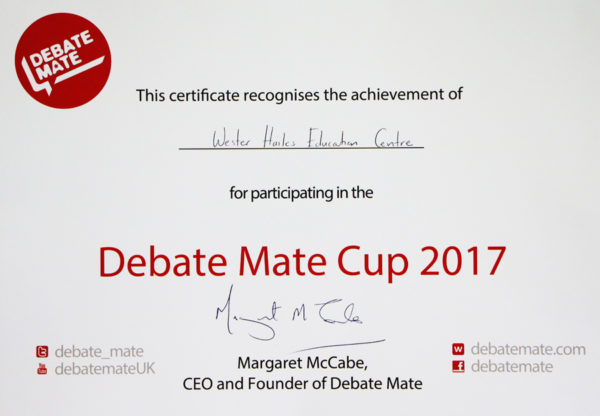 Congratulations to Wester Hailes Education Centre’s S1 – S3 debaters who competed against pupils from across Edinburgh and Glasgow in the 2017 Debate Mate Cup Final at the Scottish Parliament.

After a guided tour of the debating chamber the team competed (and won) their first debate all about the Space Race. Further debates followed on music and culture.

Our debaters were congratulated by the organisers on the progress that they have made this year. They worked very well as a team and demonstrated a consistently positive attitude. Well done all!