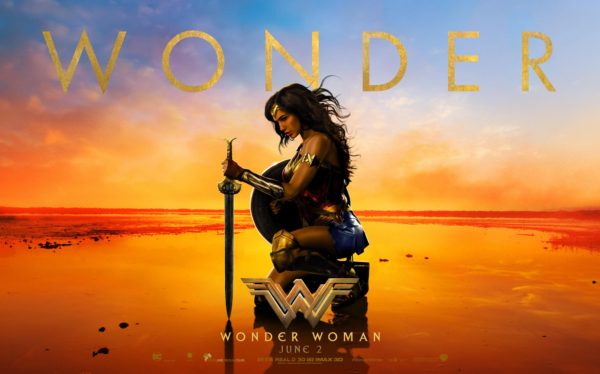 Here is a review of the new film Wonder Woman submitted by one of our community reporters. To read more of our reviews by local people click here.

Diana the Amazon princess – known to us as ‘Wonder Woman’ – is now 77 years of age having leapt into her Marvel comic strip in 1941.  ‘Superman’ and ‘Batman’ the two leading superheroes of that era soon made their appearance on television and then big-budget movies, but it was not until the 1980’s that Wonder Woman had her own TV series, played by Linda Carter. This was a huge success with the young – it portrayed a powerful female character, not a swooning damsel in distress (at the time there was even a BSL sign for Wonder Woman invented by deaf youth). This superheroine used guile and intelligence rather than brute strength to defeat wrongdoers – using a long snakey whip as back-up when required!

So it has taken Diana many years to reach the big screen in her own right, but it has been worth waiting, for the awesome special effects possible with CGI (Computer-Generated Imagery) are used to entertaining and scary effect. Also, sequences where she flies through the air are more convincing than the old Superman movies. It’s good that this movie is headed up by Patty Jenkins one of the few female cinema directors currently active – and Gal Gadot (who appeared in the Wonder Woman role in ‘Superman v. Batman’) is given space to develop the character – she has kind-hearted concern and sorrow for humanity’s self-destructive instincts and intervenes to help as much as possible.  I’m sure this movie will have further sequels.

We see Diana’s early life on Themyscira – the mythical sanctuary of the Amazons (they don’t hit it off with guys so prefer to avoid them completely!).  We learn that Hippolyta the Amazon ruler created Diana/Wonder Woman out of the Earth’s clay (like Adam the first Man) so she is only half divine (this is what enables her to cross over into the human world when the time comes).

The movie is set at the time of the First World War so there are plenty of sinister Prussians, a misguided female scientist experimenting with a primitive Atomic bomb, stylish uniforms, Iron Crosses and spiked helmets as well as Zeppelins which tend to explode spectacularly.  Poison Gas is used liberally too! Diana feels she has a mission to singlehandedly bring the war to an end, believing that one of the German generals is ‘Ares’ the evil God of War in disguise – (I don’t know what German movie-goers will make of all this).  She is helped by an American aviator/spy who provides romantic potential (which throws innocent Wonder Woman into emotional confusion!).

WONDER WOMAN is an entertaining joyride – though I felt there was too much explicit violence which detracts from it as a family movie.