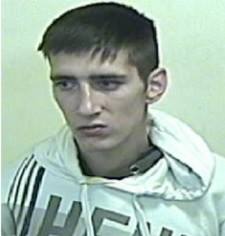 Police Scotland are appealing for information in order to trace a 32-year-old man, who was last seen on Calder Road.

Joe Wakeley was last seen around 5.45pm on Thursday, August 3, when he left a pharmacy in the Sighthill area of Calder Road. He has not been seen since and officers are growing increasingly concerned for his welfare.

Joe is described as a white man with a slim to medium build. He is around 6ft 3” in height with short dark hair. He also speaks with a local Edinburgh accent.

He was last seen wearing a dark blue Lacoste tracksuit with white stripes on the sleeves and bottoms. He may also be riding a white and red mountain bike.

We understand that Joe often frequents the Broomhouse area and may be in that part of the city.

Joe has now been missing for some time and we are growing increasingly concerned for his welfare.

I would ask anyone who has seen Joe since the afternoon of Thursday, August 3, or recognises his description, to get in touch with us immediately.

I would also ask Joe to get in touch with us if he sees this appeal and in order to let us know he’s okay.

Those with information regarding Joe’s whereabouts are asked to contact officers at Drylaw Police Station on 101, quoting incident number 2842 of August 3.