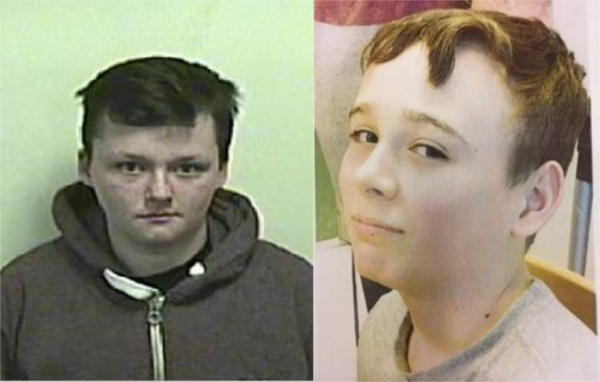 UPDATE: Police Scotland pleased to confirm that missing teenagers, Scott Wilson and Taylor Woods have been found safe and well.

They would like to thank everyone who shared their appeal.

Scott Wilson (15) and Taylor Woods (15) were last seen in the Howdenhall area.

Scott is described as around 6ft tall with short dark hair and large build. He was wearing a dark blue tracksuit, blue puffer jacket and grey and blue Nike trainers. He is known to frequent Howdenhall, Drylaw and Wester Hailes.

We are now growing increasingly concerned for the welfare of these teenagers and are asking anyone who may have seen them or who recognises their description to get in touch with us.

Similarly if Scott or Taylor see this post, we’re asking them to let us know they are okay.

Anyone with information is asked to contact officers on 101 quoting incident 3546 of the 5th August for Scott and 3554 of the 6th August for Taylor.