WHALE Community Cinema has announced they will be showing a selection of fantastic Scottish films, short films and documentaries from September as part of their Season of Scottish Comedy and Shorts  till December 2017.

The Season will see the Cinema taking part in the Scalarama celebration of cinema and the Luminate Festival includes a showing of cult Scottish comedy and local favourite Restless Natives which was filmed in Wester Hailes. WHALE Community Cinema is supported by Grow Your Own Cinema and is a member of Cinema For All and Film Hub Scotland.

The first screening of the Season will be of Restless Natives and The Banana Republic and will take place on Friday 8 September 2017, 7.00pm at the WHALE Arts Centre.

Have a look at their poster below for the details of the full programme. Entry to all the screenings is free and tickets can be booked in advance on the group’s Eventbrite pages, links can be found on their Facebook page here. 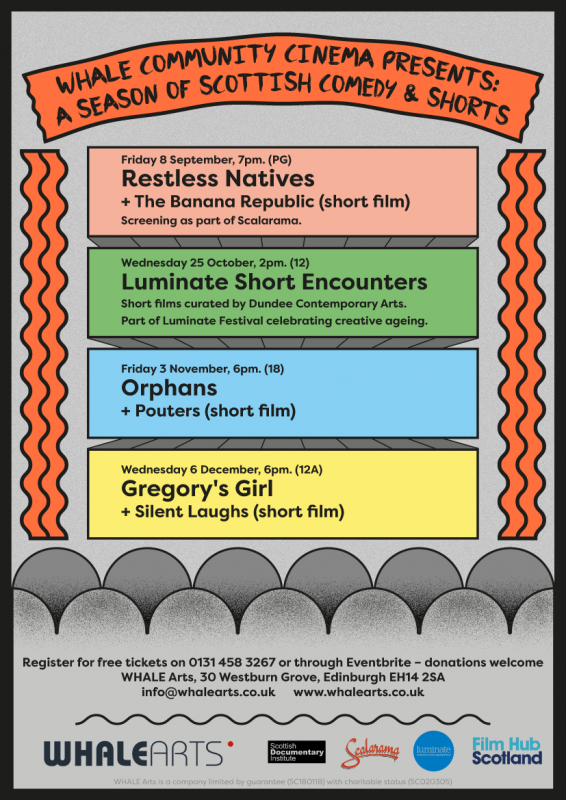