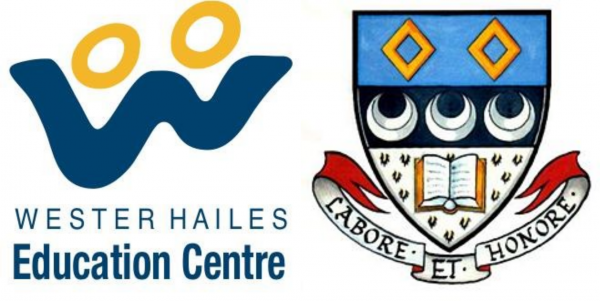 The Community Council began by welcoming Wester Hailes Education Centre (WHEC) headteacher David Young and WHEC Parent Council representative Amanda Campbell who were there to discuss the High school merger proposed by the City of Edinburgh Council. Mr Young began by stating that he was an Edinburgh Council employee and that there were some questions and issues where he would be unable to comment, and instead urged the Community Council to raise any of these questions with Amanda. David reported that he and Amanda had met with staff from the City of Edinburgh Council and that they had been listening to the views of the WHEC Parent Council. He added that the Council were planning to carry out a series of consultation sessions at a community venue in January where City of Edinburgh Council staff would be able to answer any questions and hear the views and concerns of local residents. Finally Mr Young urged residents to visit the Council website where a map is available clearly showing how the changes would effect catchments. The map shows a third option not detailed on the Wester Hailes Education Centre information page that the new school could be built near Longstone Bus depot on Hailes Quarry Park.

The Community Council agreed that the consultation was a good idea and looked forward to learning when it would take place they thanked David for his time and noted some of their concerns with the proposal:

The Community Council also raised concerns with some of the statements made on social media by people opposed to the merger which insulted Wester Hailes children, one person in attendance stated they had a family member who had been reduced to tears and did not want to go back to WHEC after reading some of the things that were said. The Community Council and Parent Council both reported that they had been in touch with their counterparts in Currie, who had apologised and said that it was a view shared by a vocal minority but that they would attempt to monitor their social media pages.

The Community Council then welcomed a report from Police Scotland. PC Oliver reported that crime rates had been similar to previous months with:

PC Oliver then reported that there were two operations currently underway in the local area, the first is targeting crimes of dishonesty and will see more police patrols at Westside Plaza. The other is a traffic operation which will focus around schools and see a speed camera deployed on Lanark Road.

The Community Council then welcomed a report from Alan Ross from About Youth about some of the work they have been doing in the area. Alan outlined that About Youth is currently just under one year old. They carry out employability work with young people 16 and over who are not currently working or in full time education to encourage them on to positive destination. This includes an ongoing youth club which meets weekly in the Calders. 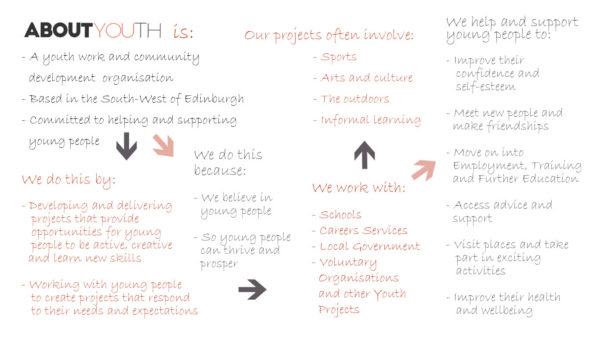 About Youth work in several areas of  the City but Alan emphasised that the group was keen to do more work in Wester Hailes but that they were having difficulty finding a suitable fixed abode. The Community Council suggested several venues to Alan and thanked him for his report. They congratulated him on all the work done by the group and hoped that they he would continue to be successful.

The Community Council then had a brief discussion on the recent AGM for the Edinburgh Association of Community Councils, sharing some changes affecting data protection and the ongoing construction of Edinburgh Council’s localities which have replaced Neighbourhood Partnerships. The group emphasised the importance that Community Councils are heard in the future development of the localities.

Finally Councillor Ricky Henderson encouraged everyone to leave their comments regarding the Proposed School merger on the Council’s website here. He explained that any comments made will be taken into account by the education committee when they make their decision.

Please note that there will be no January meeting of the Wester Hailes Community Council, the next meeting will take place on Wednesday 7 February 2018, 6.00pm – 7.45pm.