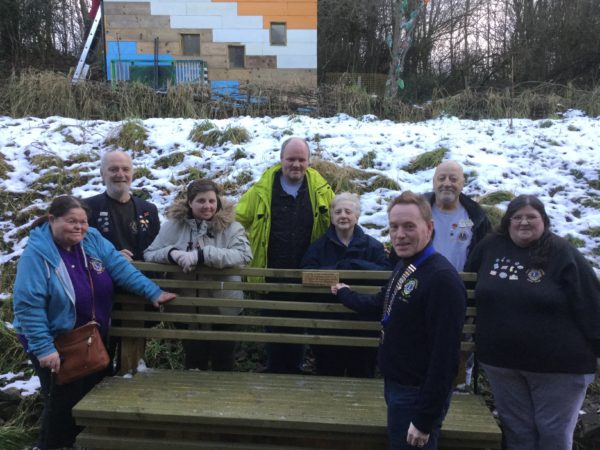 Volunteers from the The City of Edinburgh Lions paid a visit to the WHALE Arts Centre on Thursday to dedicate a bench to long time community activist and former Edinburgh Lions President Doris Brown who sadly passed away in 2016.

Doris had been heavily involved with many local organisations over the years including serving on the board of WHALE Arts Agency and previously, the Dove Centre, Prospect Community Housing and the Sentinel newspaper. Doris played an important role in rallying the community behind the Millennium Link Project which saw the rebuilding of the canal in Wester Hailes. During the official opening she was even selected to cut the ribbon.

The bench, created by members of WHALE Arts Agency Westburn CAN project, is located in the WHALE Community Garden.

The plaque is from the City of Edinburgh Lions to Doris Brown. Doris served for President for a year. She was always willing to lend a hand and was very committed to helping others. She is sorely missed. 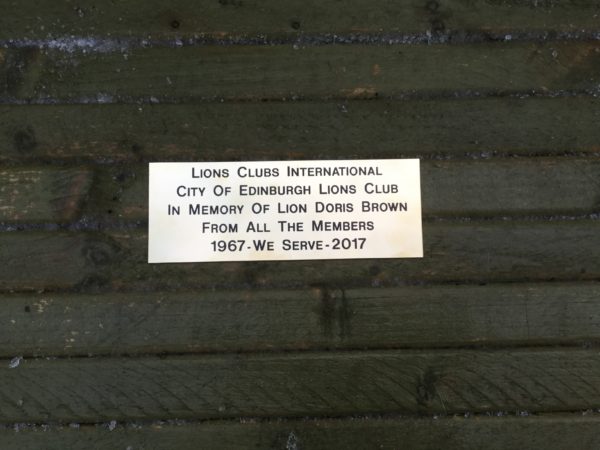