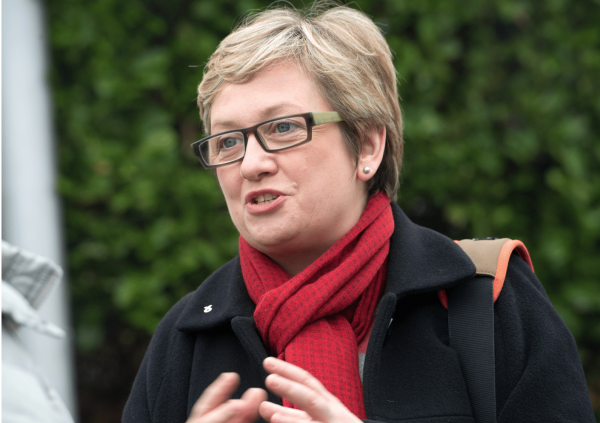 Local MP Joanna Cherry QC has called on the Prime Minister to intervene on behalf of a Syrian refugee schoolboy at Canal View primary school, who has been denied the opportunity to travel with his classmates – after winning a UK-wide prize – due to Home Office procedures.

During PMQs yesterday, the SNP MP for Edinburgh South West raised the case of 12 year old Mohammed – a Syrian refugee resettled in the capital – who will be unable to join his classmates on a school trip after learning that applying for his travel documents could take up to three months.

Pupils from Canal View Primary School secured the prize after winning a nationwide competition. The Wester Hailes school is one of nine schools throughout the UK to land the top prize which will see pupils head to Sol Katmandu Park & Resort in Majorca to take part in educational workshops with celebrity hosts.

Following action from Joanna Cherry QC MP for Edinburgh South West the Home office have confirmed they will pull out all the stops to ensure that Mohammed can travel with his classmates to Spain. The Home Secretary has intervened and a senior caseworker at the Home Office is now dealing directly with Ms Cherry’s office to ensure that everything runs smoothly.

It is unacceptable that this young Syrian schoolboy will find himself excluded from joining his classmates on a dream holiday because of Home Office procedures. The Prime Minister must immediately step in and right this grievous wrong.

I was contacted by Canal View’s Head Teacher Ann Moore asking if there was anything which I could do to help. The school and the class are obviously devastated that Mohammed has been told he can’t join them on this holiday of a lifetime.

It is terrible to think of the hardship this wee boy has overcome to get to Edinburgh and start a new life in safety. I have asked the Prime Minister and Home Secretary to intervene and make sure Mohammed can join his class mates.

I was delighted that following my request to the Prime Minister yesterday I was able to tell the school that Mohammed will get his documents on time. I hear that Mohammed and the rest of the class were passed the news first thing this morning to lots of cheers of delight and a few tears of joy. A senior caseworker at the Home Office has now received Mohammed’s application and everything is in hand to get him his travel documents. I hope Mohammed and the rest of the class have a great trip”