Scotland’s flagship programme to take exciting science projects to the heart of communities is offering £240,000 in grants for 2014, Science Minister Alasdair Allan announced.

The Talking Science grants will fund activities across Scotland and will particularly help get roadshows, debates and hands-on science workshops to rural and difficult to reach parts of the country far from the four national science centres. 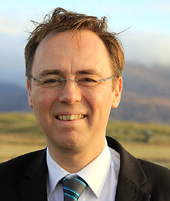 “Talking Science grants are about inspiring people to get involved in science projects by holding creative and fun events in local communities. Opening the applications today builds on the announcement of additional funding for science festivals and the First Minister announcing the winners of the inaugural Higgs prize for physics at the Scottish Parliament at the end of last year.

“In 2013 we saw Professor Higgs win the Nobel Prize and we want to inspire more Scots to follow in his footsteps by allowing people to participate in exciting science events in their own communities.

“Over the years we have supported some incredibly inventive projects through Talking Science that have made people think again about the ordinary or familiar. The events offer a great day out and it helps to get wonderful projects to a whole new audience.”

“Science is hugely important to Scotland in the modern era and we want it to be more accessible to people of all walks of life and all ages.

“These grants give families and the wider public an opportunity to get a fun and hands-on experience of how science affects our day to day life and I would urge any organisation that has a great idea for how they could deliver this to consider applying.”

In previous years funding has been awarded to organisations including Archaeology Scotland, Bute Astronomical Club, Royal Botanic Garden Edinburgh and Argyll, Lomond and the Islands Energy.

The Talking Science application form is available here. The closing date for applications is Tuesday 4 March.