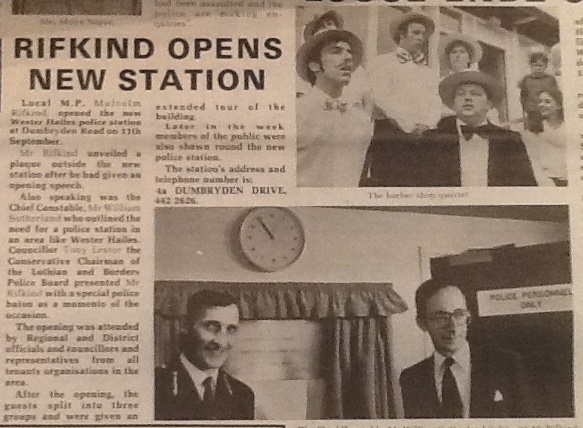 Mr Rifkind gave an opening speech with Chief Constable William Sutherland and unveiled the new plaque. The MP was presented with a special police baton as a memento of the opening.

The police station may not be your favourite place to go – but do you find it useful to have it there? Can you remember what happened before it was in Dumbryden Drive? Let us have your comments!