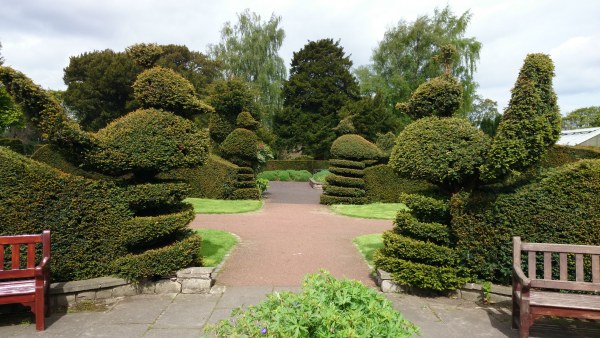 New research has revealed just how much our city’s parks are ‘worth’ to us.

Analysis carried out on behalf of the Council by Carrick Associates demonstrates for the first time the financial impact of the city’s 140 green spaces.

The study, which uses a Social Return on Investment (SROI) approach, has valued their benefits at an impressive £114m.

By measuring the social, environmental and economic change experienced by those who use Edinburgh’s parks, researchers were able to apply a monetary value to the effects.

“This research demonstrates just how important parks are for our health, well being, environmental awareness and even local economy.

“Our parks are the gem in Edinburgh’s crown and are a real success story for the capital, as recent awards from Britain in Bloom and Entente Florale have recognised. But more than that, they are at the heart of many of the city’s communities.”

As part of the analysis, parks were divided into different categories – Premier, City, Natural Heritage and Community – and their stakeholders and benefits assessed.

Amongst these were the community, whose gains varied from enhanced fitness levels to well being, local employers, who could benefit from a more productive workforce, and school pupils, who are expected to build environmental awareness from a visit to the park.

By monitoring and interviewing visitors on their experiences, analysts concluded that, for every £1 spent by the Council maintaining parks, £12 of social, economic and environmental benefits will be delivered. The report also estimates an annual revenue of £51m for local businesses, health and well being benefits worth around £40.5m and outdoor education experiences equating to just under £1m.

Analysis builds on the results of the Edinburgh People’s Survey 2013, which found that the average Edinburgh resident visits a park in the city on 49 days in the year – almost one day a week.

Over the past five years a steady improvement in the quality of parks has been evidenced by annual Park Quality Assessments, as well as a record number of Green Flag Awards, and national and international recognition by Britain in Bloom and Entente Florale.

This analysis has allowed the Council to predict that by using City of Edinburgh Council’s parks:

News
One comment on “Edinburgh Parks are a real gem”