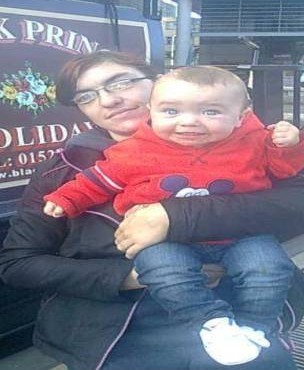 Police in Edinburgh are appealing for information to help trace a woman and child who have been reported missing and who were last seen in Wester Hailes.

Kirsty Watson, 32-years-old, was in the area of Barn Park, Wester Hailes, Edinburgh, at around 5.30pm on Friday 31 October 201 .  She has a variety of medical issues and is believed to have her 11-month-old son Thomas with her.

Police are becoming increasingly for both Kirsty and Thomas’ welfare and anyone who can assist officers in finding her is asked to contact police immediately.

She is described as white, long dark hair with red highlights and of slim build. She is wearing blue denim shorts over black leggings, black Ugg style boots and a red top under black jacket.

Inspector Bob Innes said:  “We are very eager to establish Kirsty and Thomas’ whereabouts as soon as possible as we are growing increasingly concerned for their welfare.

“Anyone who believes they may have seen Kirsty in the Wester Hailes area on Friday evening is asked to immediately contact police.”