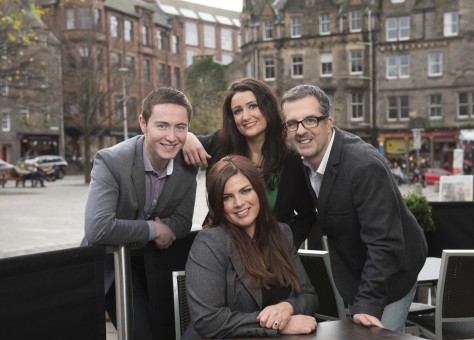 STV Edinburgh launches today at 7pm with the first broadcast of the Fountainbridge Show.

The Fountainbridge Show will be presented nightly from the studio by former Heart and Real Radio breakfast show host, Ewen Cameron and broadcaster and presenter Hayley Matthews from 7.00pm – 8.30pm.

The channel will be on air from midday to midnight each day and hopes to provide a mix of news and entertainment tailored for Edinburgh and its residents. The channel follows a recent successful launch of STV Glasgow last year.

STV Edinburgh will broadcast on Freeview channel 23, Sky channel 117 and Virgin channel 159 and will be available to watch live on the STV Player. Make sure you retune your television to pick up the new Freeview signal for channel 23.

“The response from local people to the launch of the brand new channel has been fantastic. We’ve been inundated with requests from local bands and chefs from the capital who want to appear on the The Fountainbridge Show which is really encouraging ahead of launch.

“STV Glasgow launched to a terrific reception last June and we anticipate the people of Edinburgh will welcome this new platform that will reflect everything going on in the city on a daily basis.”