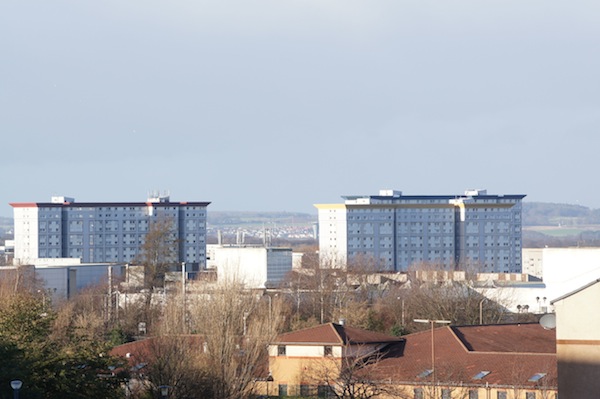 Scottish Fire and Rescue Service were called to respond to reports of a fire at a high rise flat in Calders yesterday.

The call was received at 8.45pm and involved a fire at a flat on the 12th floor at Cobbinshaw House, Calder Gardens, Edinburgh.

Six firefighters wearing breathing apparatus used two lines of hose to extinguish the fire and then managed to contain the fire to the flat of origin and prevented further fire spread to the roof of the building.

Two male casualties suffering from smoke inhalation were removed from the property by crews and placed in the care of paramedics.  One of the casualties was taken to Edinburgh Royal Infirmary for treatment.

A joint investigation will take place between SFRS and Police Scotland into the cause of the incident.