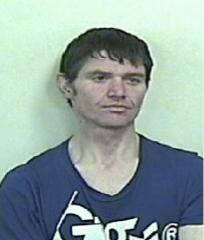 Police in Edinburgh are appealing to the public in order to trace missing man Ronald Fleming.

Ronald Fleming, aged 38, left the Western General Hospital at around 10.30am on Monday, February 9 2015. He was last seen at around 11.00am in the South Clerk Street area of Edinburgh.

Police are growing increasingly concerned for Ronald’s welfare and are appealing to the public to help trace him.

Ronald is described as a white male with an olive complexion. He is around 5ft 10″ with a stocky build and short dark hair with a centre parting (described as curtains). He also has a thin scar, which runs from his right eye to his chin.

At the time he went missing he was wearing a red waterproof jacket with silver reflective panels at the front, navy coloured jeans and black shoes.

Ronald has a serious medical condition which requires medication. Without this medication he may appear confused.

We are growing increasingly concerned for Ronald’s welfare and it is essential that we trace him as soon as possible.

Anyone who has seen Ronald, or now his whereabouts, is asked to contact police immediately.

Anyone with information can contact Police Scotland on 101, or through Crimestoppers on 0800 555 111.