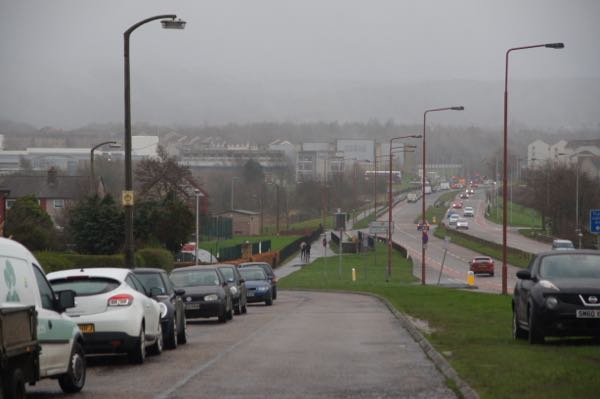 Rugby fans going to watch Scotland in the 2015 Six RBS Nations this weekend are being advised to plan ahead and check travel and traffic information.

RBS Six Nations championship, will see the team take on Ireland (21 March, kick-off 2.30pm) at Murrayfield Stadium, where tens of thousands of spectators are expected to attend.

Spectators are encouraged to leave as much time as possible to travel to the match, and will be able to watch the beginning of the 1.30pm Italy v Wales fixture on Murrayfield’s big screen if they arrive early.

To ensure pedestrian safety and to minimise traffic disruption, pedestrian diversions will be implemented around the Haymarket Station area following the match.

The City of Edinburgh Council is working closely with Police Scotland to keep road and pedestrian traffic moving smoothly before and after the game.

As this year’s Six Nations tournament reaches its grand finale the excitement is building here in the Capital, with thousands of people preparing to see their home team play one last time. We would encourage all those travelling to Murrayfield on Saturday to plan ahead, leaving plenty of time and checking parking and travel information so they can make the most of their day. Good luck Scotland!

A number of temporary road closures and parking restrictions will be in place.

Police and stewards will be on hand to help direct members of the public from the Stadium to the city centre.

Those heading back into the city centre on foot will be diverted left off the main road up Magdala Crescent to continue back into town.

Pedestrians travelling by rail from Haymarket Station will be guided along the main road towards Haymarket and stewards will be on hand to provide further assistance and advice as they approach the Station.

Although Russell Road is currently closed for Network Rail works, pedestrians will be able to use two dedicated lanes to access and exit the Stadium.

Edinburgh Trams are once again putting in place arrangements to cater to the many thousands of fans who are expected to travel to and from the match by tram.

Advice for anyone planning to travel by tram can be found on the Edinburgh Trams website. Passengers are also advised to keep an eye out for updates from Edinburgh Trams’ Control team on the day via @EdinburghTrams on Twitter.

Meanwhile, bus information can be found on the Lothian Buses website and via updates from@on_lothianbuses on Twitter. Spectators should note that day tickets are valid on both Lothian Buses and Edinburgh Trams.

Information about getting to and from Murrayfield Stadium by tram, bus or rail can be found on the Scottish Rugby website.