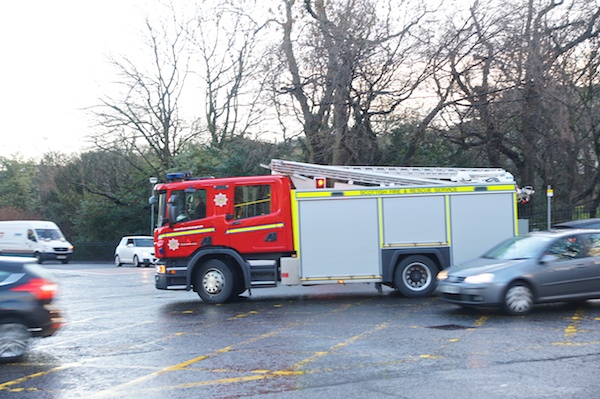 Firefighters yesterday, Thrusday 2 April 2015, were called to a fire in an attic in Edinburgh.

Scottish Fire and Rescue Service (SFRS) Operations Control Edinburgh received a call at 12.06pm to reports of smoke coming from a roof of a two storey block of flats on Whitson Walk in Edinburgh.

On arrival crews discovered a fire in the attic space.  Six firefighters wearing breathing apparatus quickly tackled the fire with two hose reel jets. After the fire was extinguished they dampened down the affected area and checked for hot spots.

An ambulance was requested to check over two male casualties suffering from smoke inhalation.  They did not require hospital treatment.