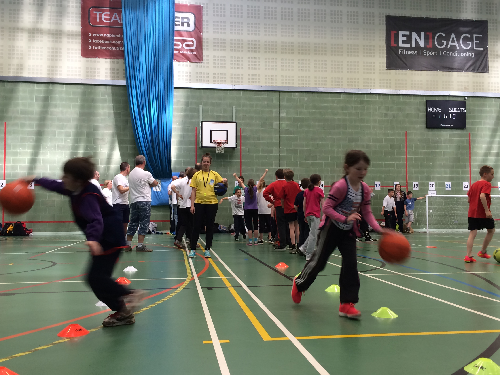 Over one hundred local Primary School children recently competed in a sport festival set up at the Napier Engage facility in Sighthill, Edinburgh on Monday 11th May 2015.

Lloyds Bank helped to run the event by providing up to 100 volunteers for the day.

The event was run like a mini Commonwealth Games with a competitive element to the day with each school competing for 2 trophies. 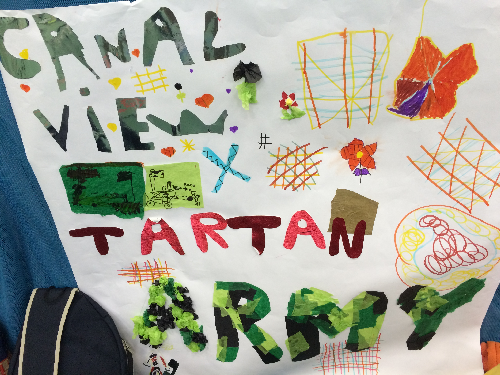 “Canal View Tartan Army” won the Competition Winners’ Cup and “Resilient Ratho” won the Team Spirit Winners’ Cup. The latter was awarded to the team who showed the greatest team spirit, which involved making the most noise, having the biggest smile and giving their all in each sport. These three things are key to future participation in sport. The clubs who took part in the day have also given the opportunity to the kids to try their favourite sport from the day at the particular local club in a few weeks’ time.

Edinburgh Spirals have since had a number of enquires after the event. The event also saw Frankie Walters perform a few of his trampoline routines, having joined Spirals after the last year’s event. 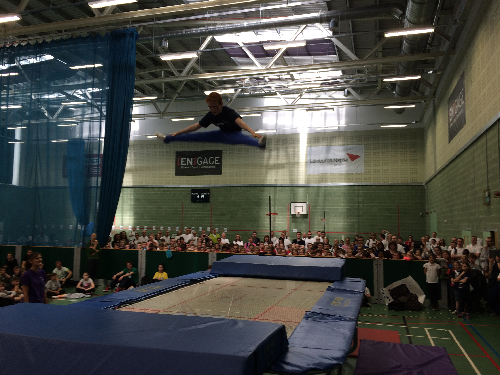 On summing up the event, David Cunningham, event Director, said:

It was my pleasure to be Event Director for the Lloyds Give And Gain Games at Napier [EN]GAGE for a second year. 2015 built upon the success of the 2014 event, with the children from local schools, volunteers from Lloyds Banking Group and all the sports club coaches thoroughly enjoying themselves. Behind the fun, we promoted the more serious message of taking up a sport and living an active lifestyle which can have long-term health benefits. It’s fantastic to be involved in such a positive community project!

The event was also supported by South-West Edinburgh Community Sport Hub with 5 Hub clubs offering their sport to the children, including:

You can see all the photos taken at the event here.