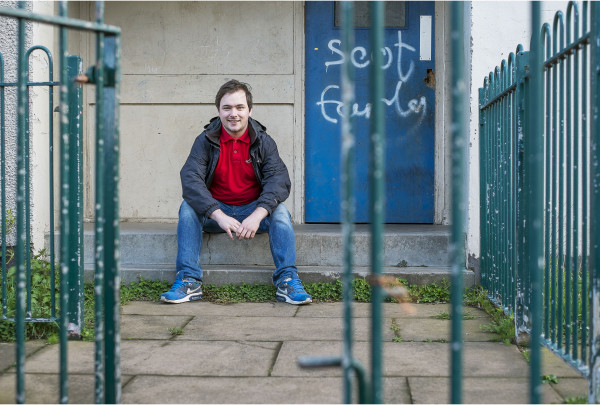 Below are the photographs and interview with Aaron Aitken who speaks about how his desire to pursue a career in musical theatre started in Westburn.

Please listen to the interview with Aaron here: 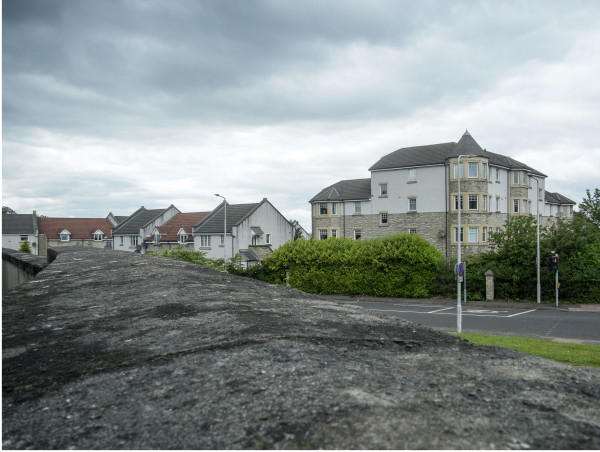 My name’s Aaron Aitken. I’ve been a resident of Westburn for twelve years now. I’m studying a degree in musical theatre.

Where are you studying your degree about?

At MGA Academy of  Performing Arts.

Are you involved in any community groups in the area at all?

It was probably WHALE where I started in musical theatre, they used to hold summer workshops and things like that when I was a kid and that’s how I really got into it. They were the seed for what I’m doing now. A lot of it was just summer schools they used to run. I used to take part in Street Arts as well.

Whats your favourite thing about Westburn?

I think because my family have all grown up in Westburn there’s a real sense of community cause you know everyone around you. People don’t tend to move much so your surrounded by the same people, which I think is nice. You get to see everyone through all the stages of life. If that makes sense?

Your degree how far into it are you?

I’m in my first year of my degree just now but I did a year at College two years ago at Adam Smith in Kirkcaldy. I also did music, singing and dance and stuff when I was at high school so I had grades in all of them.  Probably my biggest performance has been at the Edinburgh Playhouse I did Grease a few years ago and a show called Megamix last year and that was about 2000 people in the audience each night.

I like the buzz of being on stage and also providing live entertainment to an audience. It’s something people don’t get in to that much anymore cause of film. It just brings something different to the entertainment. Just go for it that’s how I started and I’m now in full-time training to become a professional. If you’ve got a dream follow it.

That’s all my time just now, but when I was high school I was in every club from football to swimming. Yeah I was part of everything, I liked everything. I liked to take part in everything. That’s how you find out what you enjoy and what you want to get into, by taking part.

Is there anything around the area you like to take part in?

Em in the area? Probably the cinema and the swimming pool. I think growing up with them around you is a great thing. Some people don’t have access to these sort of things locally and have to travel. I was glad I got to take advantage of them.

I think in the long run I want to go into teaching. I volunteered while I was at High School as a teacher for dance and acting. I found a real passion there so I think if   performing doesn’t work out I wont be too upset if I become a teacher.

I’ve just got my college shows. We have a dance show coming up at the Kings Theatre  at the start of April. Then we also have our big Summer production which is in June this year and that’s at the Kings Theatre. I don’t know what the show at the Playhouse is this summer.

Have you been in any performances in Wester Hailes at all?

I did a lot at school. There used to be a panto every year. I played aladdin when I was in third year and there was also a dance show every summer I took part ni as well. It would be nice to have something bigger actually in Wester Hailes. *laughs*

Is there any community dance groups you used to take part in?

I used to take part in a dance group at Dancebase on the Grassmarket. It was part of an outreach programme so you didn’t have to pay. You went along and saw a dance show and they selected a few people. It was a group formed from school kids from all over Edinburgh. It was nice to interact with people from the other side of town. People who you wouldn’t normally interact with.

That was nice cause you got to meet new people use their building and do shows as well.