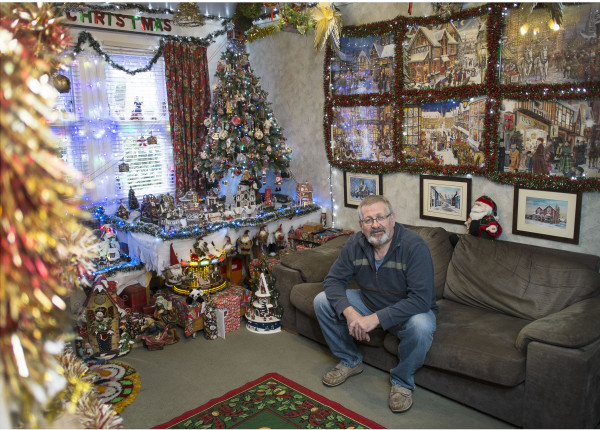 Below are the photographs and interview with Kenny Newey who speaks about his love of christmas and going to Peru to raise money for Marie Curie Hospices.

Please listen to the interview with Kenny here: 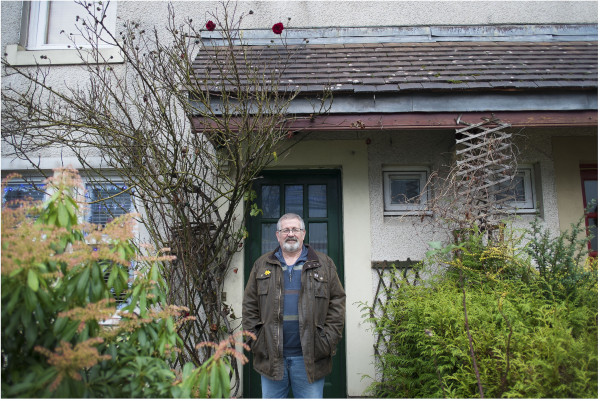 My name’s Kenneth Newey and I live in Westburn Middlefield.

In Westburn its self? Twenty years roughly.

Is there any sort of community groups or work that you do in the area?

I used to, when we moved down here my wife was on the neighbourhood council, so I did a lot of donkey work. As in when we were doing barbecues, I helped do the barbecuing and put up the marquis. That sort of thing. I did Santa at the kids parties and stuff like that.

Then we always used to go round the village singing Christmas carols and then up to the WHALE where everybody would come up for a glass of wine and a mince-pie and Santa was there to hand out the chocolate coins and that type of thing.

Eventually, two years on the trot. These were for the over 50s we went down to Selkirk and they have a Dickensian weekend down there. For the Saturday and Sunday they have a lot of stalls and off of them well the majority of shop holders all got dressed up in Dickensian gear. it’s really really nice. Even one of the pubs they don’t have anything electrical they have all the lights switched off and the pub lit in candles to show what it was like. It’s a pity they didn’t charge Dickensian prices but that sort of thing. It was a really good day out and then it was down to one of the hotels for Christmas dinner. Things like that.

My wife passed away, she was in the Marie Curie hospice for the last six, seven weeks of her life and it’s a wonderful place. It really is. What we did was the Incan Trail in Peru. I went on the Incan Trail for funds for the Marie Curie, it was a joint venture between the Glasgow hospice and the Edinburgh hospice. We raised something like £135,000 for the hospices, and that was an experience of a lifetime and through it I’ve met some really good friends. It really was a good time.

It’s through the Andes in Peru. It’s actually not that long, it’s about 26 miles long but you start off at something like 8000ft and it goes right up to 15,000ft at its highest point. Its mountain tracks you’re going on and the altitude is really hard. People say “how did you manage it?” and I say the cocaine helped, and everybody looks at you and I go it’s the coca leaf where cocaine comes from. All the hotels and restaurants have it there in tea and you can buy it in sweets and toffees and mints and if you get the dried leaves if you chew it, it really helps with the altitude. You would have to chew about a tonne of the stuff to get any sort of kick out of it but that’s what I do “How do did you manage it” It was the cocaine.

It was four days, three night under canvas on the trail. The last part of the trek, I had the kilt over. I did the last day in the kilt. The last evening we had there, we had a  reception for us.  I had the beard and I had a St Andrews cross dyed into it. When I went around in the Kilt everyone was going “William Wallace, William Wallace!” Harry Styles of One Direction had been there the week before and what they were telling me I got more reaction from ordinary people walking about the place than Harry Styles did. The daughter of the President of Peru was having  a meal in the restaurant of the hotel we were staying in and she got the guides to come and get me to get a photo taken. I was the most famous Scotsman in Peru for a week!