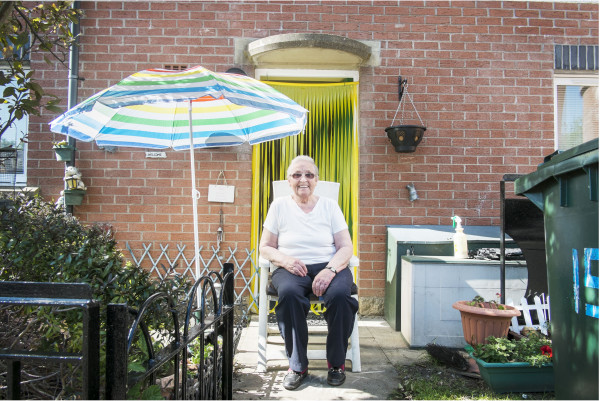 “Village Voices”, a portrait of Westburn contains photographs by local photographer Raymond Keith and interviews by Digital Sentinel reporter Craig Tyrie. The photos and stories are of people who live in Westburn celebrating the variety of community life there.

Below are the photographs and interview with Nan Reynolds who speaks about her work with the children in the community and the events she used to help with.

You can listen to the interview with Nan here: 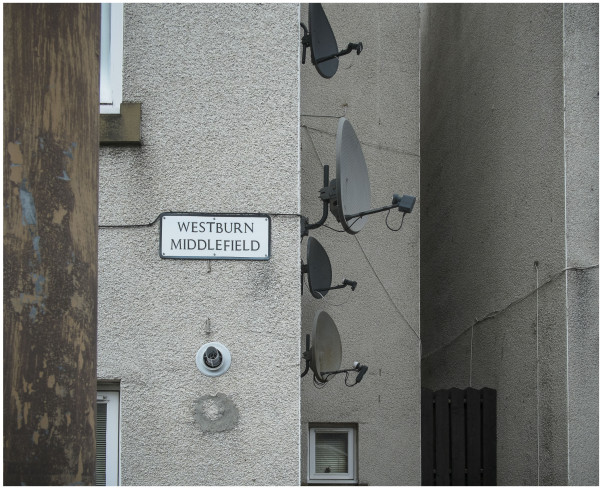 I’m Nan Reynolds. I stay at Morvenside Place. It’s about the community since I’ve been here and all things that we’ve done. We’ve had jumble sales for the Sick Kids here, outside there. We’ve done street parties for them getting them involved in the community. It’s all for the kids I’m for.

I’ve had nae bother with the kids around here, you just need to get involved with them cause there’s nothing for them to do around here. Absolutely nothing. I feel for the kids nowadays. They’ve no got the playgrounds and things that we had. You could go to anyone and have a big street party. There’s nothing, I don’t think there’s anything here for the kids. David Corcoran that man’s done so much for this community. I’m telling you. That man is a marvelous person, he’s went out his way so has his wife. They’ve done a lot for the community.

I used to have street parties here for the kids. I worked in the Dove with the old people, voluntarily. I did jobs in the WHEC, sewing clubs and all that. But the kids I don’t know there’s nothing here, clubs or thing. Last time there was something here, I won a competition in Iceland and I had to give my views on what’s what and I won first prize. That was £250 worth of food. I couldn’t keep that here. So I went to David and I asked him if the kids were having a party this year and he said “We can’t do it we’re no getting the funds, Nan.” This could be two-year ago now, so I said to him “what about anything for them?” and he says “nah”. So I said “I’ve won a competition if I gave you that would the bairns get some?” That’s the last time something happened that I know of.

Did they organise something?

Oh aye! He organised it all. I got Iceland to send everything to David cause I couldn’t keep £250 worth of food in here. I said “I’m giving it to you for the kids, would that help?” and he says oh aye and they had a party down here at the wee hut down there. What a day it was it was absolutely brilliant. it was a fantastic day for the kids.

They’ve done jumble sales down there, they’ve done barbecues, know with your burger rolls. My friend and I had a wee street party for them when they were on holidays cause I think its nice for the bairns. You can’t say “you’re no coming” and “you’re no coming.” It has to be for everyone. Now I said to them that this isn’t free cause there’s wee kids who can’t be here, wee kids in the hospital, it’s 50 pence each of you. They were sitting out there like wee sparrows on the fence waiting for me to open it at 11 o’clock in the morning to start this party. It was really good, we had the Sentinel over. I got a lovely photo of the party with all the bairns, they’ve grown up now though. These were all thing where we look back and go that was great. There’s no that now though. I don’t know what to do for them at all. Except just watch out for them. That’s all I can do, but what can you do. All I can say is I’ve done the best I can for the kids the time I’ve been up here.

Hopefully they can arrange a wee street party, the holidays is the time. Just have a wee thing get them all together. I love that, kids laughter their wee voices. It’s a lovely thing to hear.