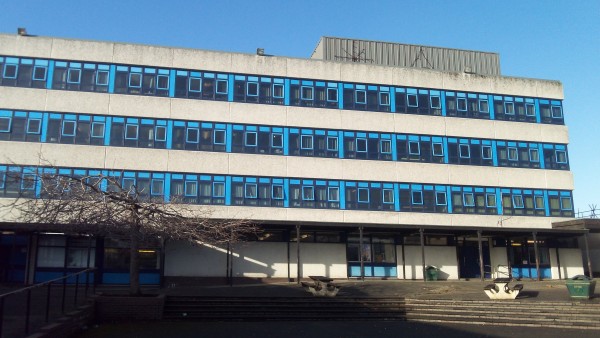 On a visit to Wester Hailes Education Centre and Clovenstone primary school the First Minister Nicola Sturgeon declared improving educational attainment for all children will be the driving ambition of the Scottish Government.

In a key note speech on the first day of the new school term, the First Minister said Scotland must deliver a world class education system for every child in the country, where what matters will be what works.

After having been welcomed by S6 students Chloe Tomany and John Gainford  the First Minister Nicola Sturgeon set out the considerable successes of Scottish education over the last eight years, her twin priorities of improving attainment for all children and tackling the attainment gap between children in deprived and better off areas. She also highlighted the importance of measuring progress and setting high standards for all schools. Ms Sturgeon praised WHEC for the huge progress it has made in recent years stating that in 2009 only 6% of school leavers attained at least one higher where as last year 43% did.

Excellence in education is essential to our prosperity, competitiveness, wellbeing – to our overall success as a nation – in the future, just as it has been in the past.

And so since this is the first school year to start since I became First Minister, I want to make clear, beyond any doubt, the intention of my government to ensure that Scotland’s proud educational traditions are renewed and refreshed for the modern age, so that they stand, not as a symbol of our past, but as the hallmark of our future as a country.

I want to be able to say, with confidence, that there is no better place in the world to be educated than here in Scotland – and I want to know that this claim holds true for all young people, regardless of their background or circumstance.

My aim – to put it bluntly – is to close the attainment gap completely. It will not be done overnight – I accept that. But it must be done. After all, its existence is more than just an economic and social challenge for us all. It is a moral challenge. Indeed, I would argue that it goes to the very heart of who we are and how we see ourselves as a nation.

Confirming that she will make further announcements on education in the Programme for Government to be launched in two weeks time, the First Minister also announced that a further 57 schools are to receive funding from the £100 million Attainment Scotland Fund to improve literacy, numeracy and health and wellbeing for primary school pupils. This will take the total number of primary schools benefitting from the Fund to more than 300. 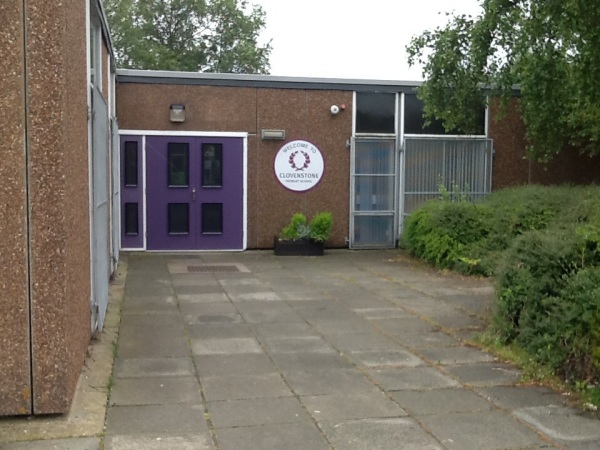 Ms Sturgeon made the announcement following a visit to Clovenstone Primary School in Edinburgh, one of the new schools receiving funding.

Two weeks ago, young people in Scotland gained a record number of passes at Higher and Advanced Higher. There is evidence that the attainment in higher passes of pupils from the most deprived areas has improved – though the gap with those from our least deprived areas remains far too wide. Official figures published recently showed the percentage of young people leaving school to go into work, education or training is at a record high, with the vast majority of pupils are reaching SCQF level 3 literacy and numeracy or above.

The basis for all of this is primary school education. It’s the foundation of a child’s learning and it’s why we are looking to increase standards in all schools – and to do so more quickly in the areas where it’s most needed.

I announced earlier in the year that we would allocate an additional £100 million over the next 4 years to establish the Attainment Scotland Fund. A large proportion of the first year’s funding has been allocated to the seven local authorities which have the highest concentrations of pupils living in poverty.

West Dunbartonshire’s plans include providing more targeted support as children move from nursery to primary, and then from primary to secondary schools. They will also recruit more maths specialists to improve teaching in primary school. Dundee’s plans include a strong focus on music, drama and dance. Glasgow will recruit up to 90 additional teachers. The point is that each of the local authorities, in partnership with the Scottish Government, is developing its own plans according to its own priorities. And the Scottish Government and each local authority will closely monitor the impact of these actions, so that success can be shared widely. What matters in improving education is what can be shown to work.

Today I can confirm that the Fund will benefit another 57 schools across 14 other local authorities this year, taking the total number of schools in the programme to more than 300. Clovenstone Primary is one of them. It’s a school which already has a strong focus on literacy and numeracy, and which works increasingly closely with parents and the wider community. This funding will help it to do even more for all of its pupils.

The First Minister also indicated further announcements to come from the Scottish Government on how educational progress is measured and supported across Scotland. She said:

Virtually all local authorities recognise the importance of standardised assessment for those age groups – that’s why 30 out of 32 currently use it.

Standardised assessment helps teachers – it provides useful information to support their own judgement of children’s progress. But many local authorities use different systems. That makes it much more difficult to get a clear and consistent picture of progress.

That’s why we are now developing a National Improvement Framework. I will say more about the Framework – and, in particular, how it will address this issue – when I set out my Programme for Government two weeks today.

The basic purpose of the improvement framework will be to provide clarity on what we are seeking to achieve and allow us to measure clearly where we’re succeeding and where we still need to do more. By doing that, it will enable us to raise standards more quickly. And as a result, it will help to change the future for young people across Scotland.

Be sure to watch the evening news tonight for clips of the First Minister’s visit to the schools.