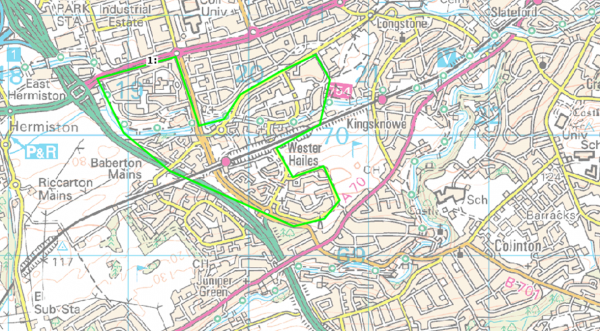 Update: Please note some of the information listed in this article is no longer accurate. Since the time of writing the proposed boundary changes have been altered so that now all of Wester Hailes will be entering the Pentlands Hills Ward. An updated map of the new ward can be downloaded here. 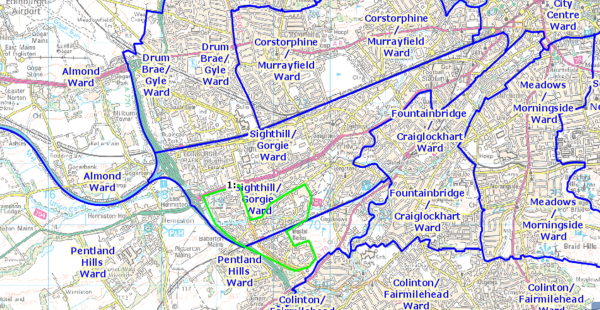 The current plans propose removing the majority of Wester Hailes from the Sighthill/Gorgie ward (which currently covers all areas of Wester Hailes apart from Clovenstone and Harvesters, see the map above for details) and adding it to the Pentland Hills ward. It would also increase the amount of councillors representing the Pentland Hills ward to four.

These proposals, which aim to represent changes in Councillor numbers and Edinburgh Council’s “natural communities” would group Wester Hailes with Currie, Balerno, Ratho and parts of Colinton. The proposed changes would also mean that Calders and Dumbryden would remain in the Sighthill/Gorgie ward and would be represented by different Councillors. Visit the Local Government Boundary Commission for Scotland website for a more detailed version of the above maps.

The Local Government Boundary Commission for Scotland states the following for their current proposals:

Our proposals for wards in City of Edinburgh council area present an electoral arrangement for 63 councillors representing 5 3-member wards and 12 4-member wards, increasing councillor numbers in the area by 5.
Our proposals for the council area:
– improve overall forecast parity;
– increase the number of councillors by 1 in ward 1 (Almond), ward 2 (Pentland Hills), ward 11 (City Centre), ward 14 (Craigentinny / Duddingston) and ward 17 (Portobello / Craigmillar);
– address forecast disparities in ward 1 (Almond) and 11 (City Centre);
– re-name ward 10 to Morningside and ward 16 to Gilmerton but make no changes to other ward names; and
– make changes to ward boundaries throughout the council area to reflect the change in councillor numbers and to align with “natural communities” (a local geography used by City of Edinburgh Council).

The consultation can be found here and is open until October 22 2015. It allows you to comment on their current plans as well as allowing people to suggest different changes to the wards, so make sure you have your say.