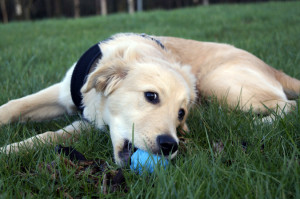 Do You Want To Play Fetch?

I’m your roaming reporter Ted and Yes, I’m a puppy …chew the paper… you might have seen me out and about with my human so the next time you do, please say ‘hello’ and let me know what’s happening in the dog world or anything else around Wester Hailes these days.

If you have a nugget of a story we would all love then submit your stories here. If you are a bit shy then get in touch and The Sentinel will help you craft your stories, take pictures, video and help you get published on line. If a puppy can do it then so can you!

If you love Wester Hailes and you have stories to share then why not get involved and give us your thoughts and take on everything Wester Hailes.

What is Sentinel Ted?

This week’s tip is…

Imagine Being a Puppy 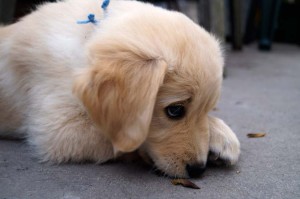 My first tip is to imagine what it’s like to be a puppy all alone in a new house. Everything is scary and confusing and your puppy is looking for someone who is not scared of anything. And a dog can sniff out fear in an instance so don’t think you’re fooling anyone.

My human and his puppies went on a boat trip one day and when they were out at sea, the open deck seating held no comfort to the storm that blew out of nowhere. The boat was on it’s side billowing up and down on waves that hid the horizon. All the puppies and other passengers were crying and holding on for dear life in the crashing rain. 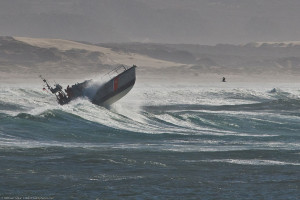 Fear ran through my human in an instant as he tried to keep his puppies safe and he looked up to the front of the boat where the Captain was. He was holding on, but he was talking to his shipmate about nothing that had to do with the storm, nor the waves! In fact he noticed they were not worried at all and that though the passengers were all scared, he realised he had no reason to be scared and that they would indeed make it to the harbour because the Captain was not worried nor panicking.

If no one show’s the world is safe to your puppy, then your puppy is going to become chief of safety and be on alert for all danger, all sounds, all movement, your puppy will assume the responsibility of checking everything out and letting everyone know what puppy thinks. Even if no one is there.

In other words puppy will bark at everything which is why someone else needs to be Captain.

So let your puppy know that everything is safe

How do you do that?

Put it into action

So if puppy wants to chew a shoe or a non toy? Go over, yawn and pick it up and give puppy something puppy is allowed to chew. Spend a couple of days doing that with puppy and you will teach puppy what’s boring and what he can chew, which is exciting …chew the string… You must always show what is OK to chew, never assume your puppy knows but they will understand if you show them what is allowed.

These are signals that all dogs know and understand so use dog language and not words. Words come later when puppy understands the concepts and objects.

Don’t Use Words at First 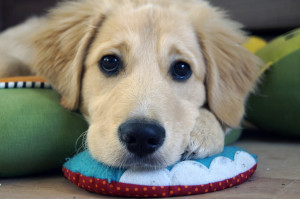 By doing these non-verbal signal’s and giving them something they are allowed to chew, your puppy will quickly learn what to chew and not get excited about everyday things such as doorbell’s ringing or the ringtone on your phone that let’s you know a message has arrived. Yes, yawn at everything, It takes a few days but those few days will pay dividends.

I haven’t chewed anything I’m not allowed and my human leaves his toys lying around everywhere all the time. I can be left alone in the house (up to three hours so far) with it all lying around and the only thing I touch is my toys.

I’m only twenty weeks old. The proof is in the pudding …chew the pudding…

The Idea is to make your puppy think it was their idea.

What will puppy’s choice be when he want’s to chew something? If you don’t show them then they’ll make up their own mind. ….chew the furniture…

You never need to say No but if you do show them Yes, then they make up their own minds and once they know the rules they’ll follow them with a true heart. Yup like a dog, your best friend.