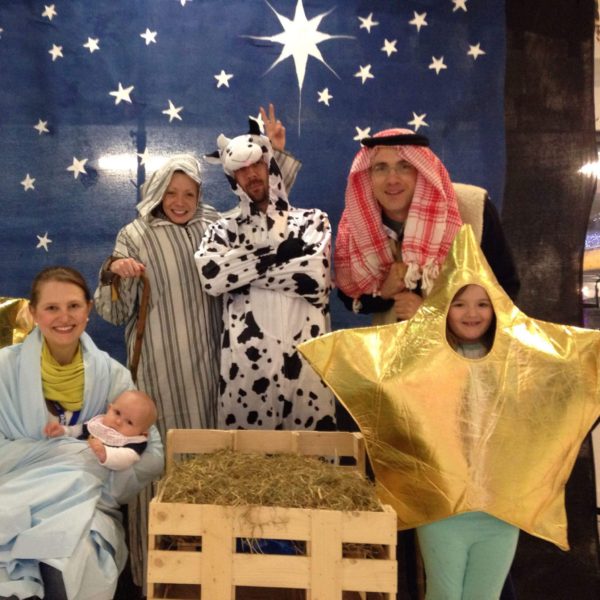 Holy Trinity church will be in the plaza this Saturday, 17 December 2016, 2.00pm to 4.00pm singing Christmas carols, giving out wee gifts and doing a nativity ‘photo shoot’.
This won’t be the first time the group heads to the plaza. They’ve been in the centre the Saturday before Christmas for the past few years.
Here is what the Church of Scotland has said about the event in the past:
“For Christmas the group took a giant Nativity backdrop and a lot of costumes, to Westside Plaza shopping centre.  Children who might have been passed over for major roles in their school nativity plays, now had the chance to be Mary, Joseph or a Star,” said Rev Oliver Clegg, the Youth Minister at Holy Trinity Church.

It was quite simple, but very effective. Once they were in costume we took a polaroid photo and gave it to them. We also did some carol singing. It was a lot of fun. We really enjoyed it.

Some of the children had never seen polaroid film before. The film developed as they watched and it was amazing to them. It was such a joy

The Church would like to invite local people along to join in with the singing and spread some Christmas cheer.