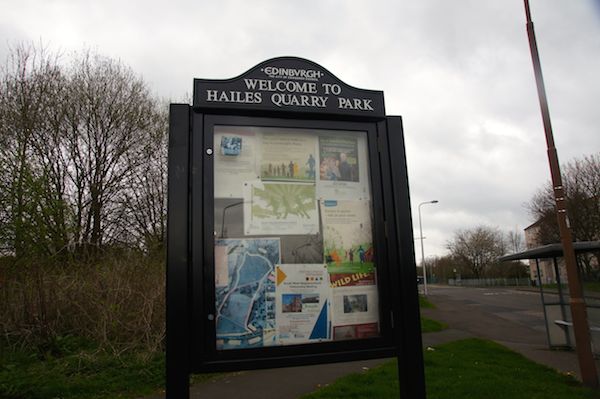 There is a diverse range of birds in the park due to the variety of habitat including woodland, wetlands and the canal. The list was sent in to the Hailes Quarry Park Steering Group who met last week to look at what was currently happening in the park and to have input into future plans. A range of groups have used the park in the last couple of months including Longstone Primary, Clovenstone After School Club and Dads Rock. There are also plans to encourage groups to use the park’s main path as a running circuit with an opportunity to share times online to see who can achieve the fastest run.

There has been a spate of vandalism in the park at the playpark area and most recently several bird boxes were torn down and burned. Group members were disappointed to hear about the damage but were determined to keep promoting the park as a local community asset. They were very pleased to hear about Dads Rock’s successful application to the Wester Hailes Community Trust. The grant will be used to design and install a bird table so that more people can enjoy seeing the birdlife in the park. With all the different birds recorded this month, it will need to be a large table!

If you would like to know more about the Hailes Quarry Park Steering Group or come along to a meeting, please contact Abby Boultbee at Edinburgh and Lothian Greenspace Trust on 0131 445 4025.