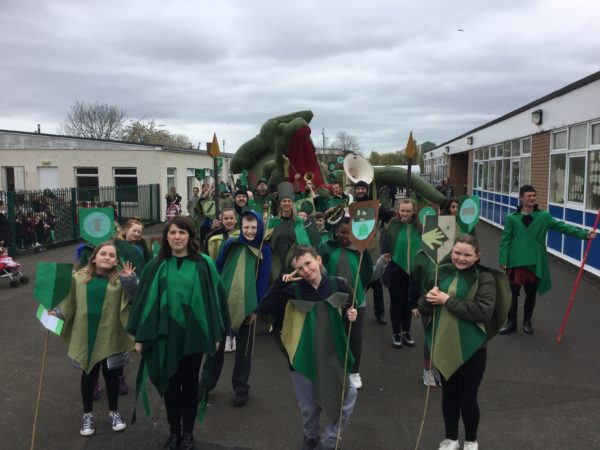 The return of ‘the Dragon of Profit and Private Ownership’ was marked by Canal View Primary School on Friday when the entire school held a parade through the school grounds, complete with dancing and a show inspired by inspired by Geddes’ phrase ‘By Leaves We Live… Not By The Jingling Of Our Coins’.

The event concluded Edinburgh Art Festival 2017 commission inviting Glasgow-based artists Zoë Walker and Neil Bromwich to bring their artwork ‘The Dragon of Profit and Private Ownership’ back to Canal View Primary School, where pupils had designed aspects of the costumes and performance and a number of whom also participated in the Festival opening parade with the dragon along Edinburgh’s Royal Mile. 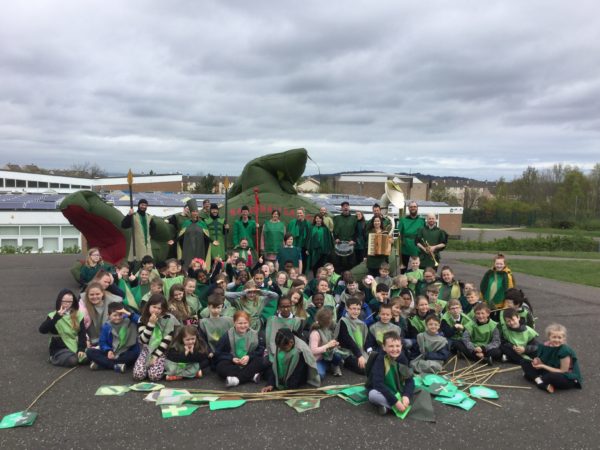 The pupils had been preparing for the return by working with WHALE Arts to create extra costumes at weekly art clubs as well as taking part in a dance club to learn a special dance to do along the parade. 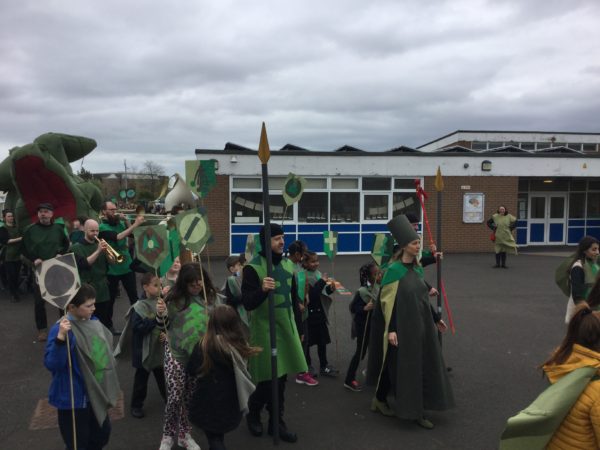 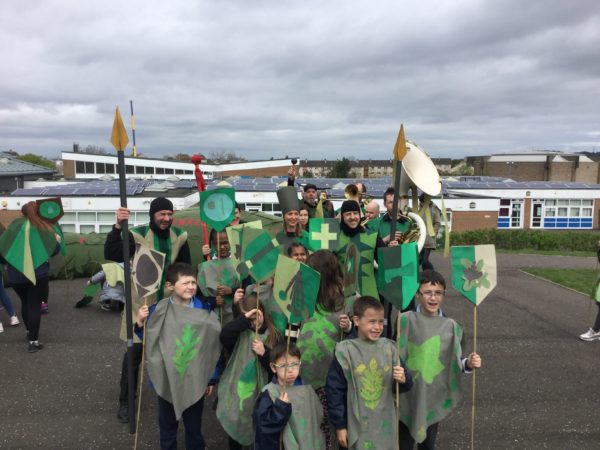 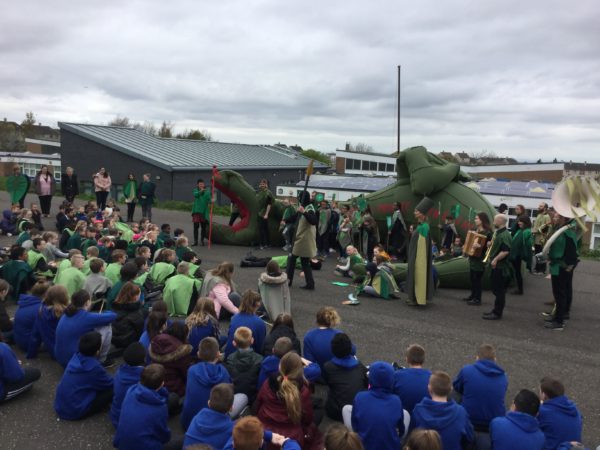 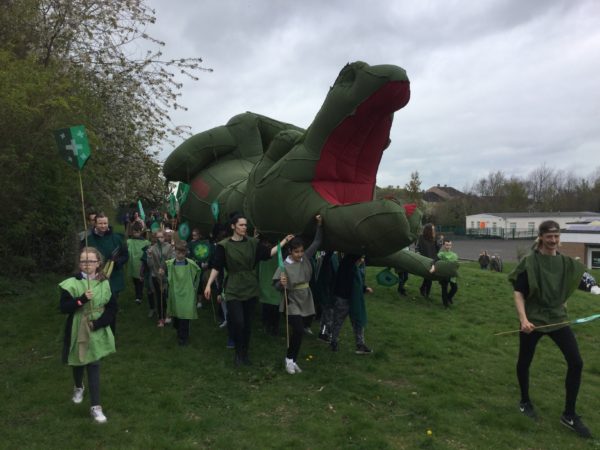 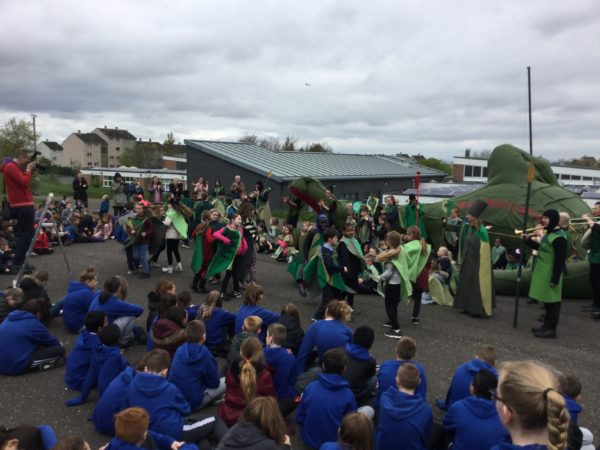 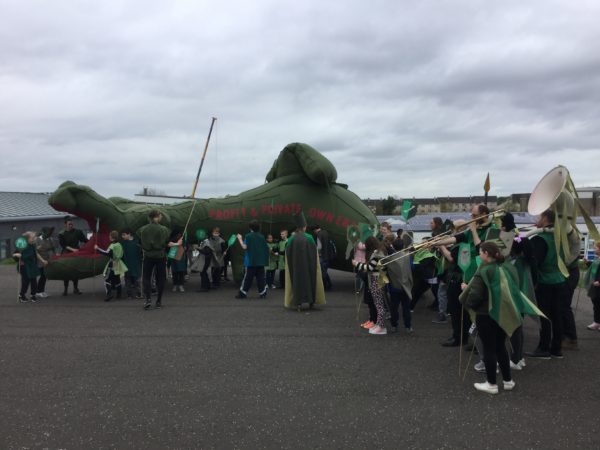 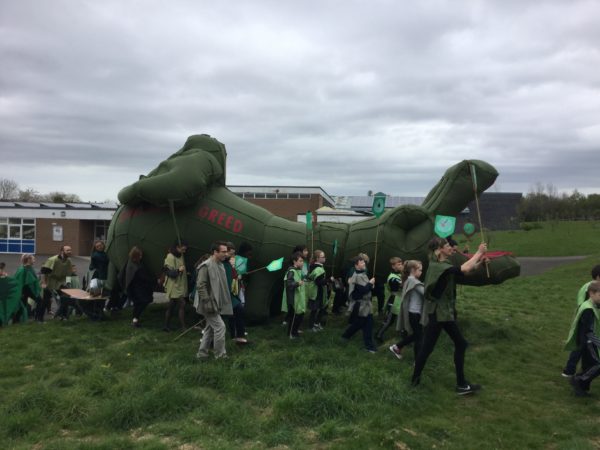 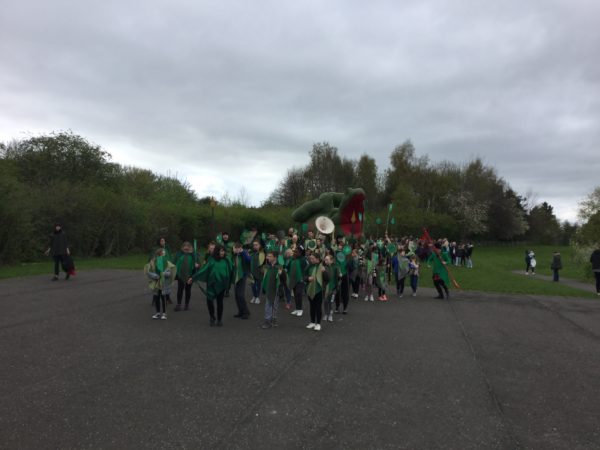 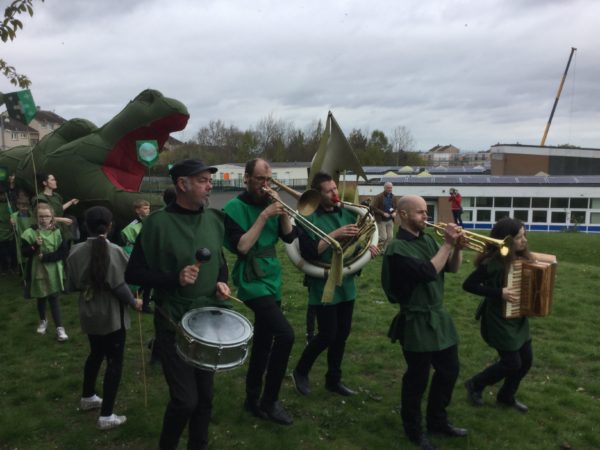