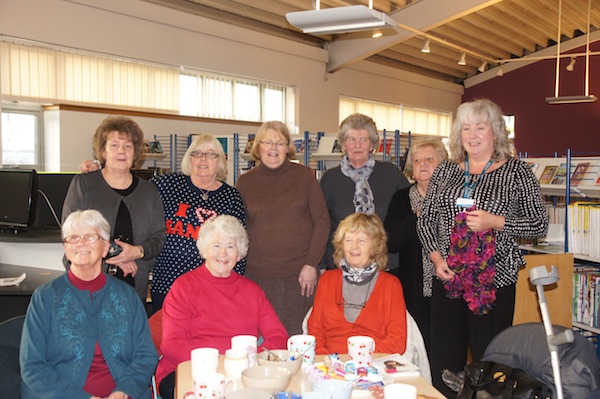 The Digital Sentinel met up with the local knitting group who had congregated in the library today to have a cup of tea and sell their wares for charity. 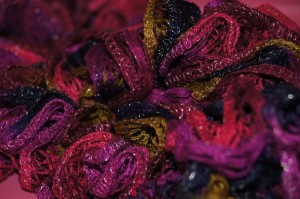 Agnes Morris told us that she joined the group just under three years ago. She was one of the first members to join, and now there are anything from 8 to 22 knitters and crochet workers who meet up for a ‘knit and natter’.

The group meet to make things and also to have a get together,  but at the same time they also raise money. Today they are selling goods for the local charity, Parcels4troops. One of their fundraisers highlighted the charity to the knitters. The charity makes up shoeboxes of toiletries to send to the troops in Afghanistan. 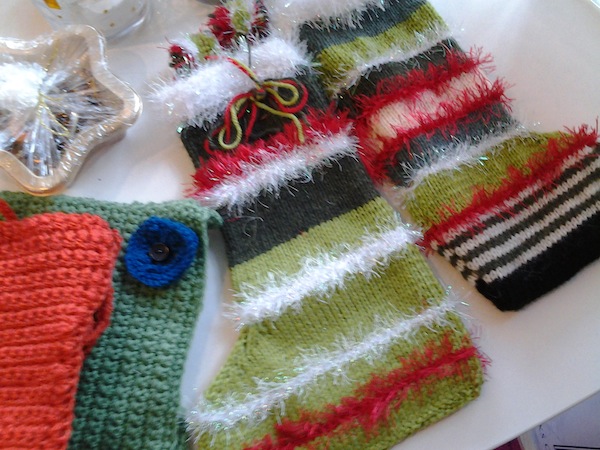 The group have also knitted squares for a blanket which was auctioned for charity, 350 hats for soldiers in Afghanistan and over 1000 jumpers with hats to match for the so-called ‘fish and chip’ babies in Malawi. These babies were being taken home from hospital wrapped in newspapers as their mothers had no clothes for them.

The ladies (for there are no men among them) also knitted scarves for the homeless in Edinburgh city centre.

The knitted poppies they made recently raised about £500 for PoppyScotland out at the airport.

Some people have joined to learn to knit from scratch. Agnes said:-“One lady who joined recently couldn’t knit a thing but ended up being better than us in the end.”

The group meets on the second and fourth Wednesdays of the month. New members will be made very welcome. 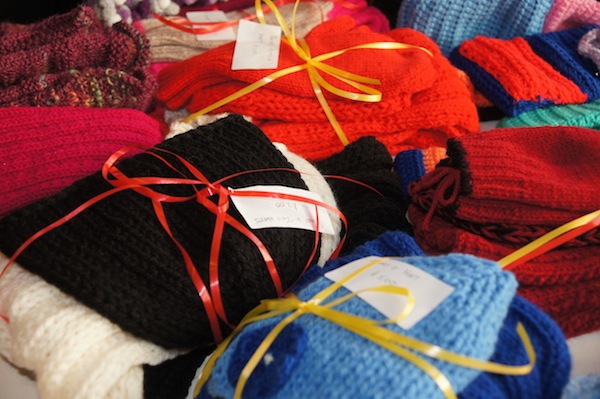