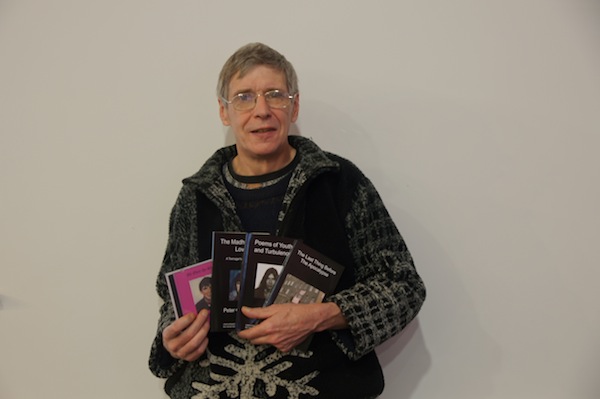 This afternoon I met local resident Peter Mackie who  is a writer, poet and musician.  Peter was born in Perth Scotland in 1957. He was mistakenly held in in an adolescent unit of a psychiatric hospital for two and a half years.

This experience had a traumatic effect on his life and left him suffering from severe depression. Due to family problems he ended up running away to London where he suffered abuse while living rough on the streets.

Peters first book The Madhouse of Love was written by him at the age of 17 it deals with some of his experiences while in psychiatric care.

His second book Poems of Youth and Turbulence,which is a volume of poetry from his teens to early 20’s,a collection of poems that deal with sexuality, lost loves and his battle with depression.

His latest book is The Last Thing Before the Apocalypse which is a collection of stories set in various European countries.The first story starts off in West Berlin during the squatting demonstrations prior to fall of the wall.The other stories take through his travels in other European countries,some of the subjects touched on deal with many varied subjects including drugs, mental illness, the occult, war in former Yugoslavia and childhood sexual experiences. The era covered here is from the 70’s through to the 80’s.

While talking with Peter he told me that he wanted the readers of books to try and see through his stories, to understand a lot of the things he has gone through in his life. He has tried to be as honest as he can telling them. There are some of his stories that have some fictional things in them,but as he said he wants to leave it to the reader to find this.

He also has a musical Compilation CD of various themes of music experienced by him from the 60’s and the 70’s it is Called All Over The Shop.

Between the 70s and the 90s he had a number of poems published by various small press magazines. 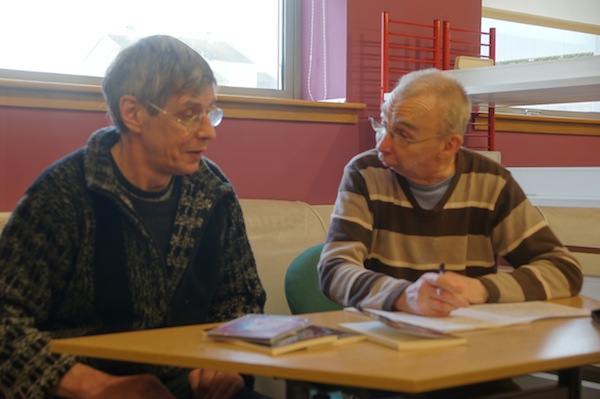