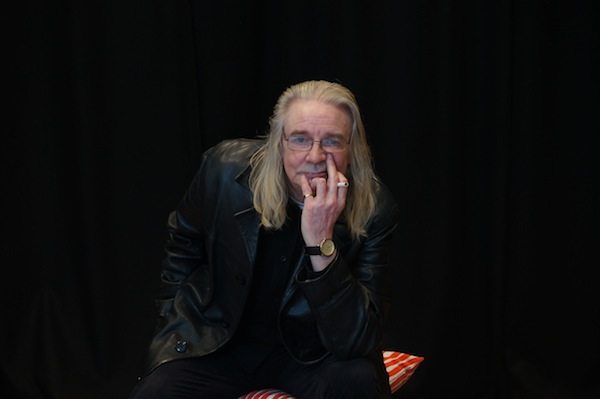 Ron Wilson is a well-known artist who has lived in Wester Hailes for over 20 years since he moved back from London. Wilson worked as art director for the late Robert Maxwell and was made redundant after the businessman’s death and the subsequent pension debacle.

We were delighted when he agreed to meet with us at WHALE Arts to talk to The Digital Sentinel about his work and how he came to be an artist.

Ron was first interviewed by The West Edinburgh Times in 2008 when two of his paintings were sent to the Guggenheim in New York to be sold. Ron said to us that he never saw them again – not that this worried him as he was pleased they were sold.

Wilson explained that he was actually very successful before the paintings sold in New York, and particularly in Glasgow. “I’ve done so many paintings I can’t remember them all!”

He is firmly of the view that music and art are intertwined, and the West Edinburgh Times reported that his three sons were musicians and his middle son Ray sang with Genesis for a time. He said to us:- “There’s a lot of politics in painting. There is a remarkable correlation between painting and art – usually there’s someone at your back trying to rip you off!” 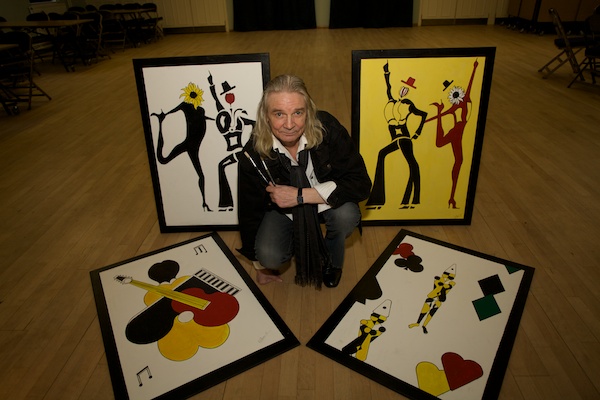 Photo from the West Edinburgh Times

This is a photo of the 2008 article when Ron was interviewed about his success in having two of his paintings sold in New York. Prospect Housing Association have most of the copies of The Sentinel and the West Edinburgh Times but if you have any copies then they would be delighted to hear from you with them! 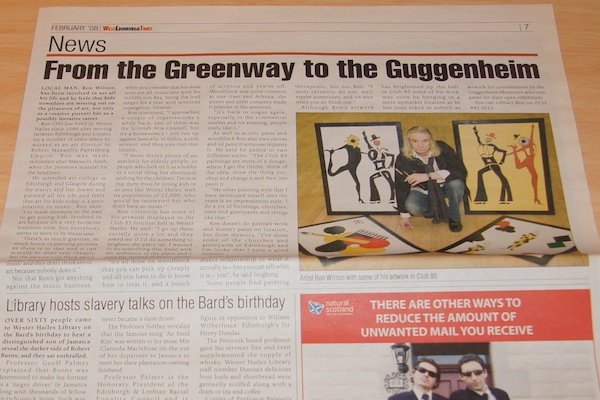