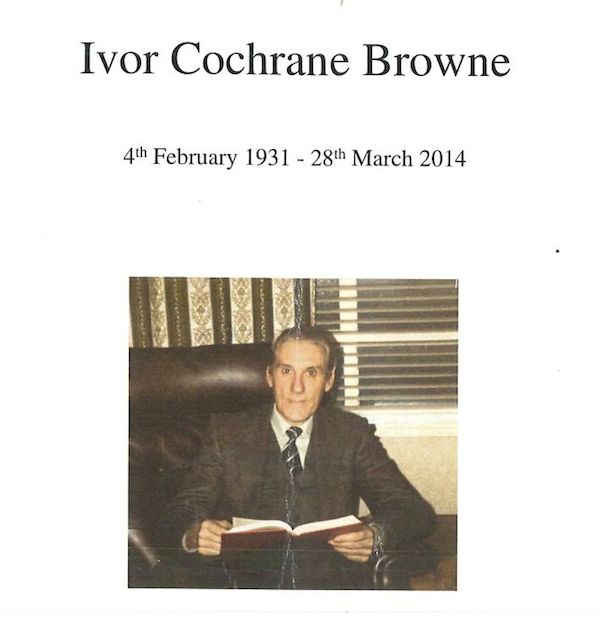 Ivor Browne (1931 – 2014) was formerly Treasurer of Wester Hailes Community Council and a lifetime activist here in Wester Hailes, mainly as an advocate for the Tenants Federation.

John Aitchison, Chair of Wester Hailes Community Council said:-“I was privileged and proud to have known Ivor. He was a kind of father figure to me and helped me with his experience of community work.

“Ivor liked a good argument, but never carried a grudge. 99% of the time he was right too.”

Ivor lived in the flats at Hailesland for a number of years, but started out in a career in engineering followed by 12 years in the RAF.  He then worked at Bertrams Engineering in Sciennes where he met his wife, Ella. The Digital Sentinel understands that he was a shop steward during his career too.

During the last couple of years he suffered from illness but he kept this very much to himself, only resigning from the Community Council in October last year. His health deteriorated shortly after Christmas and he died in Marie Curie Hospice at the end of March.

The funeral was held on Monday 7 April at Holy Trinity Church followed by interment at Cockpen Cemetery.

He is survived by his wife Ella, his stepdaughter and his sister, Margaret. The Digital Sentinel offer our sincere condolences.