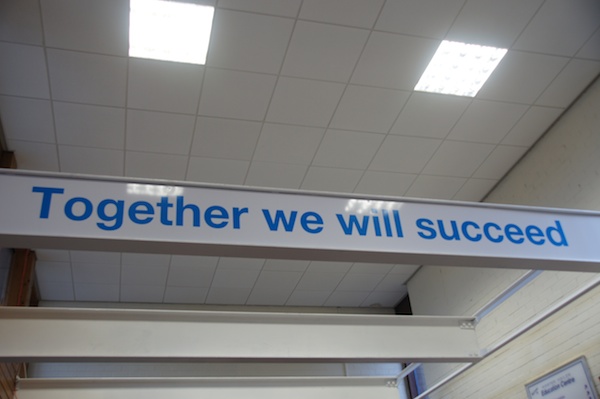 Wester Hailes Education Centre is one of 1,000 schools from across the country to receive a grant after research revealed that more children than ever are going to school hungry.

According to the ‘Lost Education’ report, commissioned by Kellogg’s, more than a quarter of teachers questioned (28%) have seen an increase in children being sent to school with no breakfast.

The effect, the study concludes, is a loss of education, with teachers reporting that if a child arrives at school hungry, they will lose one hour of learning time that day.

If a child arrived at school hungry once a week over a school year, that adds up to 36 hours of learning time – rising to a shocking 8.4 weeks, or 70 per cent of one school term for pupils aged between 5-11 over their entire primary school life.

In addition, the report also claims 2.4 pupils in each class are already turning up for school at least once a week with empty tummies, resulting in an inability to concentrate and an increased demand on teachers’ time.

Kellogg’s launched  its nationwide ‘Help Give a Child a Breakfast’ campaign last September  and will be donating two million breakfasts to school breakfast clubs in the most deprived areas in the UK to ensure that the children who need it the most, get the best start to the day.

Principal Sheila Paton said: “If Students are to be able to concentrate fully on their learning then a nutritious and healthy start to the day is essential.

Our Breakfast Club also provides a safe and warm haven for Students arriving early in the morning, particularly during the winter months when many of them do not have appropriate clothing.  It is also an opportunity for a social meal as they mix at tables with others from a variety of year groups.

This grant from Kellogg’s will really help our club and we are looking forward to spending the money on subsidising breakfast for children whose families are not able to support them.

This funding is still available now for both new and existing breakfast clubs so we urge other schools to contact Kellogg’s and make use of this generous offer.”