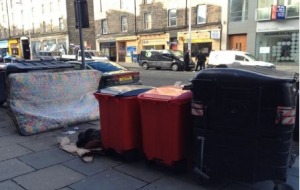 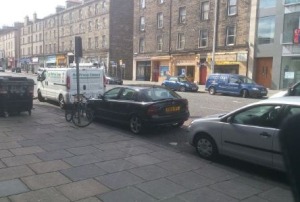 A scheme to minimise trade waste on the city’s streets is to be rolled out across Edinburgh following a successful pilot.

The initiative, which has run for the last ten months, has trialled timed waste collection windows for businesses on a number of streets in the city centre.

In a move to improve the area’s appearance, traders on Rose Street (and its lanes), Leith Walk and High Street have had to put out their rubbish for collection during specified times, rather than in bins stored permanently on-street.

Now Councillors will consider plans to introduce the policy to all businesses in Edinburgh on a phased basis, beginning with the city centre followed by areas like Leith, Gorgie, Corstorphine and Portobello, by March 2016.

“It is fantastic to see such positive results from the Trade Waste pilot, which show how effective this approach is and pave the way for its implementation across the city.

“The build-up of trade waste bins on our streets not only has a negative impact on their appearance, but can result in litter and dumping, attracting gulls and other animals, which is unacceptable for the centre of Scotland’s capital.

“It is important for businesses too that the city is kept clean, and we aim to work closely with them throughout the roll-out of the scheme.”

The Trade Waste pilot was first approved by the Council in October 2013, and was implemented on Rose Street in January 2014, followed by Leith Walk and High Street in March.

Council officers have worked with businesses to ensure compliance with the pick up times, which were agreed after consultation on suitability, and to address difficulties over storage space, timing and cooperation from trade waste companies.

As a result, each of the pilot areas has reduced the number of bins on street, with bin numbers reduced from 390 to 103 on Rose Street, 116 to 12 on Leith Walk and 37 to eight on the High Street.

As well as improving access for pedestrians, the council feels the pilot has enhanced the appearance of streets, with evidence from street cleansing staff of improved cleanliness.

Next Tuesday, 28 October, Transport and Environment Committee members will discuss a way forward for expanding the scheme in phases, based on the successes of the pilot.

Among the proposals are the standardisation of waste collection windows, which would be wider and more flexible, marking of presented waste with businesses’ names and collection times, and the prohibition of waste containers on street overnight or when the business is unstaffed.

To support this change, Environmental Wardens will help to ensure the policy is successful citywide, implemented well, delivered consistently and robustly enforced to gain maximum benefit.

Find out more about the Trade Waste pilot on the Council website.

You can watch Councillors discuss the report live on Tuesday via the webcast of the Transport and Environment Committee.