Next month all primary 1-3 pupils will become entitled to a free school meal.

The measure, which comes into effect on 5 January 2015, is expected to benefit around 135,000 pupils across Scotland and should save families with an eligible child at least £330 a year.

Following agreement with COSLA, the Scottish Government is providing revenue funding of £70.5 million over two years to deliver the commitment, supported with additional capital funding for local government of £24.8 million to ensure demand is met.

The introduction of free school meals for all P1-3 pupils has been supported by campaigners against child poverty, including Child Poverty Action Group Scotland, Children in Scotland, One Parent Families Scotland, the Church of Scotland and trade unions.

Learning Minister Dr Alasdair Allan welcomed the hard work that has been ongoing across Scotland to prepare for the increased demand in schools. He said:

“School lunches are hugely important in supporting a pupil’s ability to learn and January 5, 2015 marks the beginning of a new era in Scottish education.

“This Government is proud to be implementing free school meals for all P1-3 pupils. Delivering a saving of at least £330 a year for eligible families is just one aspect of this Government’s work to tackle the scourge of child poverty in Scotland.

“Free school meals will also play an important role in improving attainment in schools, through offering children healthy and nutritious lunches that will help them achieve their best in class.

“It’s never too early for children to start learning about the benefits of healthy eating and free school meals, in addition to learning through Curriculum for Excellence, will play a big role in helping to deliver that message.

“The implementation of free school meals for P1-3 comes in addition to a range of legislation and policies that have been developed by the Scottish Government over the past decade to ensure that our children and young people are offered balanced and nutritious meals at all stages of their school life. Most recently, the Better Eating, Better Learning guidance sets the agenda for the coming decade to drive further improvements to both school food and food education.

“I have been impressed with the work that local authorities are doing to prepare. I encourage everyone with an interest to make sure they are up to date with the new arrangements.

“The Scottish Government has worked very closely with COSLA and local authorities throughout this process and I look forward to January 5, when we will see this very positive measure coming into effect.” 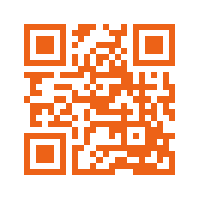