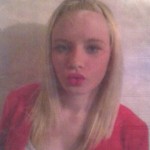 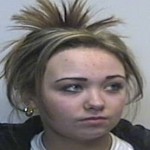 Police in Edinburgh are appealing for information to help trace two 14-year-old girls who have been missing since Hogmanay.

Shanice Henry was last seen in the Moredun area of the city around 10.10am on Wednesday 31st December as she walked to the local shops.

Paris Rankin was seen in the Gracemount area around 12pm on the same day and was heading towards Princes Street.

Neither of these girls has been seen since and it is believed both had intended to attend the Hogmanay Street Party.

Both are known to frequent the city centre as well as the Wester Hailes and Gilmerton areas. Anyone who believes they have seen them since the 31st December is asked to come forward.

Paris is described as white, 5ft 2ins tall with a thin build, dark blonde hair tied in a bun, and was last seen wearing a black top, black and white leggings, green parka jacket and Nike trainers. She was also carrying a white furry bag.

Inspector Jonny Elliot said: “Both Shanice and Paris are very confident young women who know the Edinburgh area well and are happy to travel independently throughout the city.

“Nevertheless, it has been almost one week since they were last seen and we are eager to establish their whereabouts as soon as possible to ensure they are safe and well.

“We believe the girls may be together and would urge anyone who sees them or who has information that can assist us in locating them to contact police immediately.

“In addition I would ask Shanice and Paris to make contact with family, friends, or with ourselves to let us know they are alright.”