The Community Council met yesterday, 21 January 2015, and the Digital Sentinel was there to tell you what was discussed.

The police report was the first item on the agenda and PC Colin Dallas gave a short list of the crimes reported and how many were solved in the area. These included:

These crimes have just been reported in the last month and investigations are still ongoing. 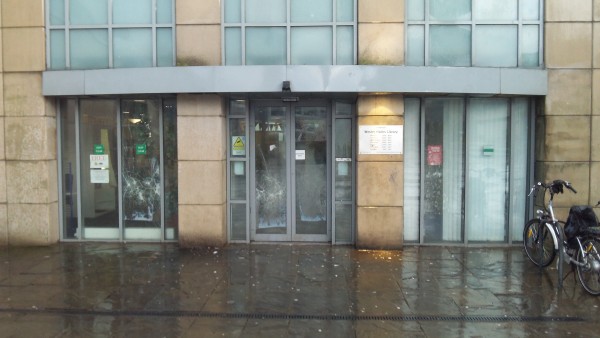 Next on the agenda was a presentation by Rik Morley of Wester Hailes Wildlife. The presentation explained plans to implement wildlife walks. The presentation highlighted the huge amount of birds and insects that can be seen around Wester Hailes, dispelling the idea that it is a ‘concrete jungle’. The walks would involve several local groups, such as the Health Agency and With Kids. Rik would be the first walk leader, as he is currently undergoing training, with hopes that other people who are interested would join him in the future.

After the presentation Rik asked the Community Council to approve the purchase of one pair of binoculars and one monocular with the hopes that the Health Agency would purchase another one of each. The Community Council approved the purchase of the devices upon the condition that there is money in the budget. The plan is that the first test walk will take place at the end of February.

The final item on the agenda was a brief discussion of the pod at the Harvester’s Way development. This being a five metre by four and a half metre concrete site with services, located at the corner of the development near the train station. The site is available for the community to construct a new local space. It is still early in the discussion but the Community Council agreed that the space is a great opportunity and further consultation with local people is needed.

The next meeting of the Community Council is scheduled for Wednesday 4 March 2015.