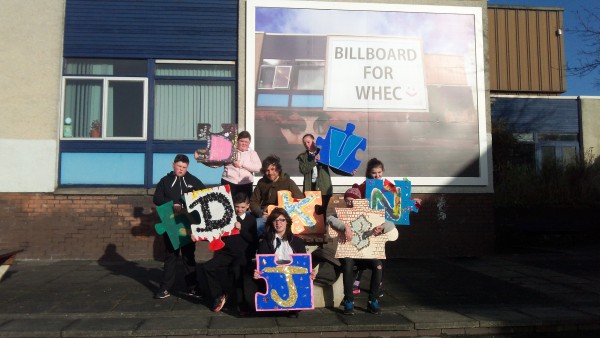 The billboard is 4.7m x 3.5m and is located in the main playground, it is designed by Kevin Harman, an artist and former pupil of WHEC, who has been working with children who are involved with The Art Room producing art works with them and he will be showing a group of students his current exhibition, ABJAD, at Ingleby Gallery.

Kevin designed the Billboard as a means for the Art Room and any future artists who work with them to display artworks, messages and images to WHEC pupils, with current plans being that the image on the billboard will change every few weeks. 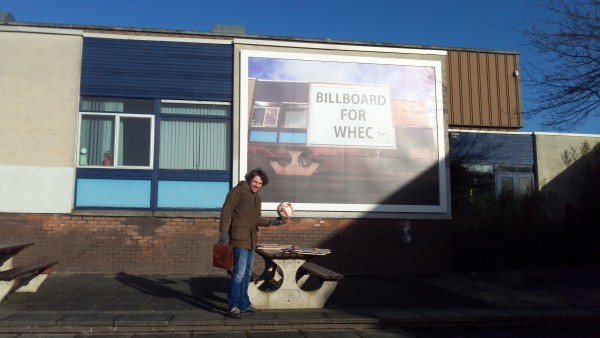 The BillBoard project has been made possible through generous sponsorship by The Barcapel Foundation, The Bernard Cayzer Charitable Trust and The Binks Trust. Eastern Exhibition & Display have been hugely supportive of the project and pledged to print a new sign every two weeks for the first year.

In September 2014, The Art Room studio was opened to offer art as a therapeutic intervention to students of WHEC and the neighbouring primary schools. Kevin Harman’s Billboard will celebrate the strength of art in engaging creatively with students.

The Art Room believes in learning and achieving through art. Working with up to 72 students each week at the Wester Hailes Education Centre, The Art Room offers art as therapy for those who might be facing challenges in their lives.  Since opening at WHEC over 40 students have used The Art Room, and this year the intervention is being extended to the neighbouring associated primaries.

It is extremely exciting to welcome Kevin Harman back to WHEC and to be able to tap into his success and creativity as an inspiration for our students. The BillBoard promises to be an ongoing story and we look forward to seeing how the students react to it.

The School is a place close to my heart. It had a formative effect on my commitments to becoming an artist, so I was honoured and very pleased to join forces with The Art Room charity when they approached me to create a public artwork for the school. During my visits to the school, something in the familiarity struck me as madly heroic, this unwavering commitment by all the staff to educate the youth was mesmeric, I needed to produce something for all. To try and adopt the  WHEC slogan which says, ‘together we will succeed’.

I went through hundreds of ideas and thought what could you make that would translate to the kids. I thought we’d get the billboard done so each artist that comes to the charity can design some large billboard for them as well. 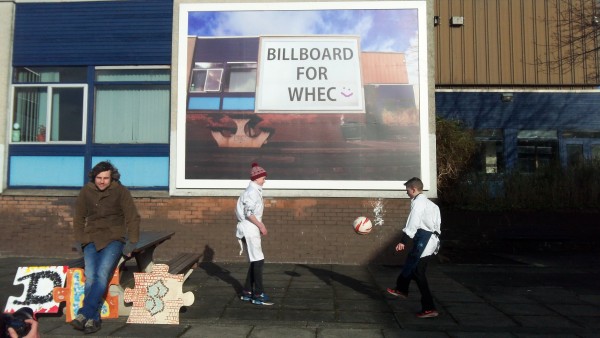 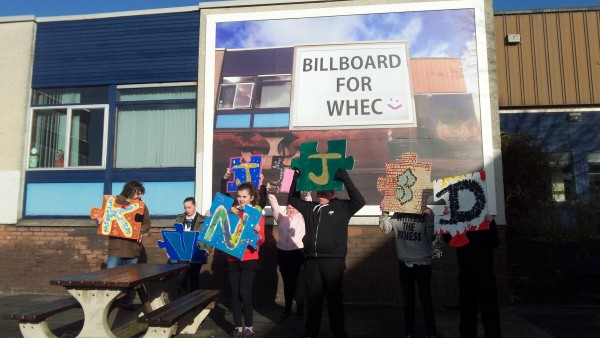 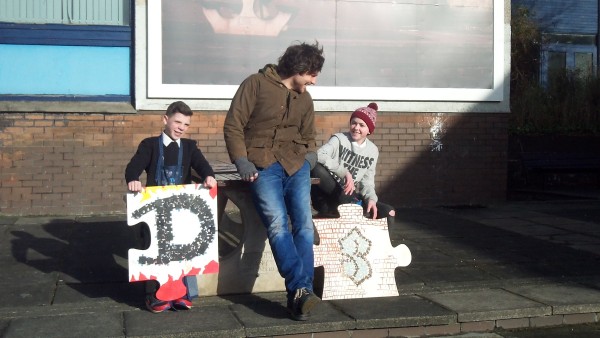 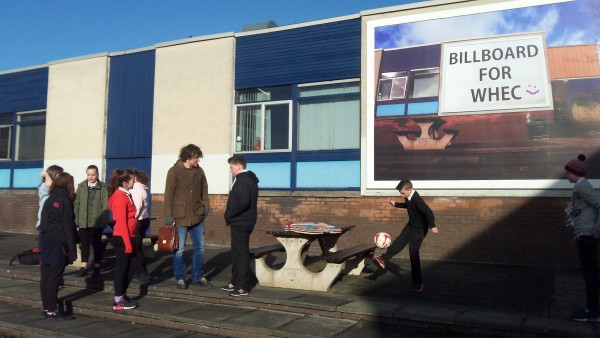 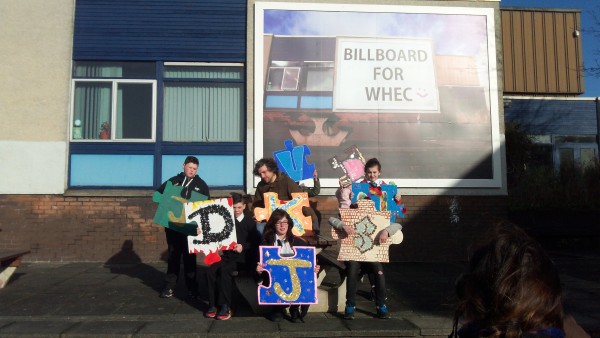 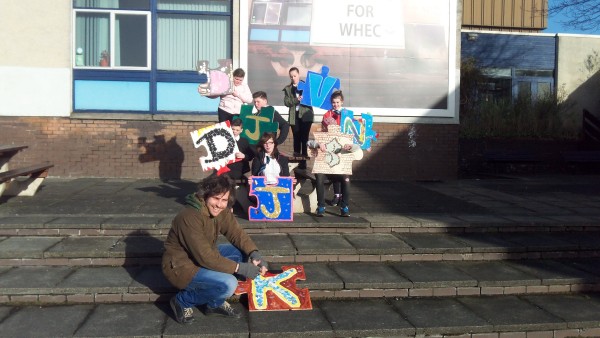 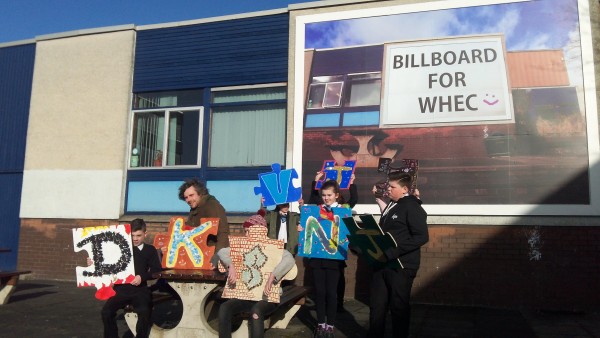 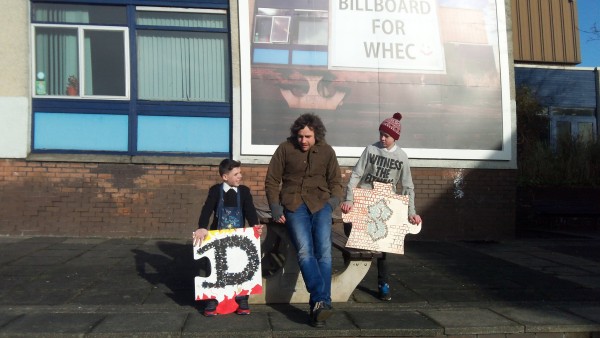 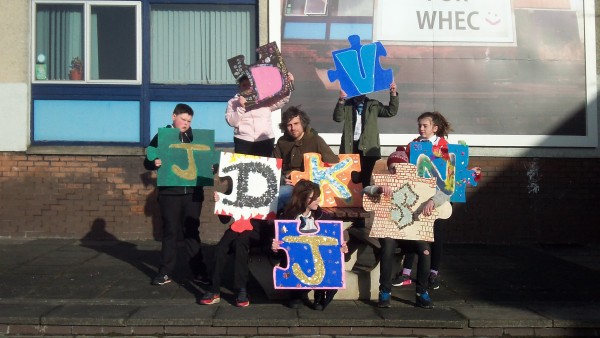