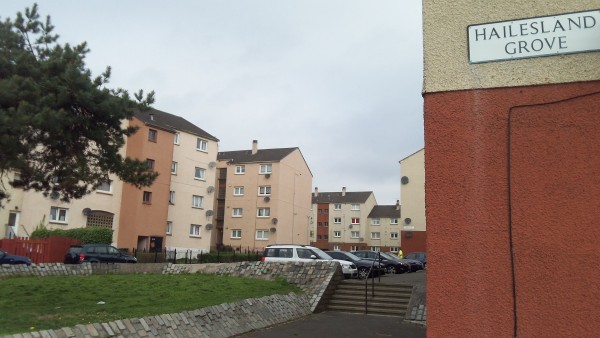 Police in Edinburgh are appealing for witnesses following an attempted murder at an address in Hailesland Grove.

The incident happened at around 4.30am yesterday, Thursday 23 April 2015, when a 51-year-old man suffered a serious injury to his torso. He was taken to the Edinburgh Royal Infirmary where he received treatment.

A 46-year-old man has been arrested and charged and is due to appear at Edinburgh Sheriff Court today, Friday 24 April 2015.

He was safely apprehended following the deployment of police dog Max in Sighthill Drive shortly before 5.00am.

We’re still eager for anyone who witnessed anything or has any information which can assist with our enquiries to come forward.

Police dog Max and his handler did a fantastic job in apprehending this man so quickly and incidents such as this show how valuable our dog unit is.

Anyone with information is asked to contact police on 101 or anonymously through Crimestoppers on 0800 555 111.