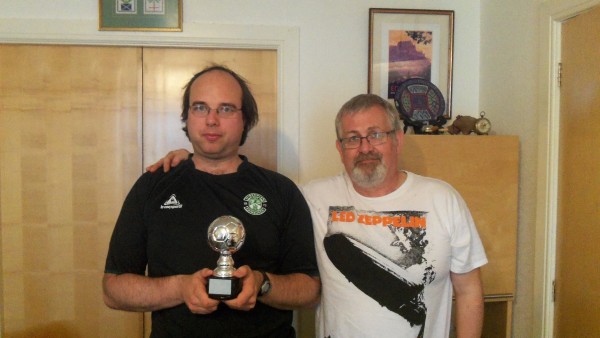 John Newey of Westburn, was presented with a special award at Easter Road on Wednesday 24 June 2015 to celebrate his being part of the Lothian Special Olympics for over twenty years.

John, who was unaware that he would be getting an award, was presented with the trophy as well as a new Hibs top for him and his dad at a ceremony celebrating everything the Lothian Hibernian Special Olympics players have done over the year. The award was presented by acting leader of the Scottish Labour Party and MSP for East Lothian Iain Gray and Lothian Special Olympics head coach Elaine Mckenna. 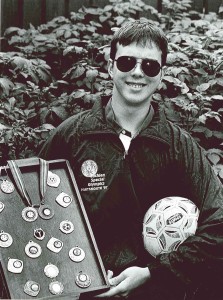 John in 1997 from the Sentinel Newspaper

John when he was 17, was pictured in the Sentinel newspaper after taking part in the United Kingdom special olympics at Portsmouth in 1997. The money needed to send John to Portsmouth was raised after several local groups rallied together to raise the needed £250.

John has taken part in several large events during his membership of the LSO team including several competitions in Wales and even representing Scotland in Geneva, Switzerland twice. The last competition he took part in was in Glasgow in 2005 where they managed to beat Glasgow in the final of the football.

Unfortunately due to a knee injury John is no longer able to take part in football competitions. He plans to continue working with the Lothian Special Olympics and is looking for new ways to keep involved.

You can read some of the old Sentinel newspaper articles about John and his trip to Portsmouth here and here. 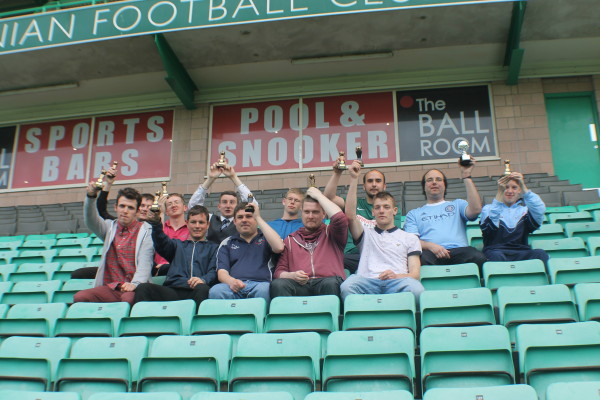 John and the other players at Easter Road