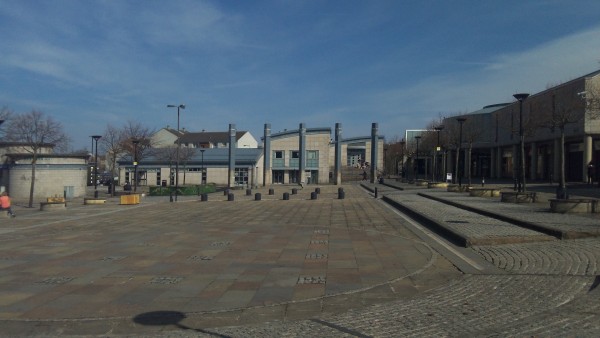 Police in Edinburgh are appealing for witnesses in relation to an assault near Wester Hailes Library at the weekend.

The incident happened at around 6:20pm on Saturday 27 June, at Westside Plaza on Wester Hailes Road.

A male who was part of a group, approached a 34 year-old man before carrying out what appears to have been an unprovoked assault.

The male attacker then left the scene heading east on foot in the direction of Murrayburn Gate. A number of members of the public assisted the injured man following the incident by administering first aid before he was transferred by ambulance to the Royal Infirmary of Edinburgh for medical treatment.

Police are currently reviewing CCTV images of the incident and are seeking the assistance of the public in an effort to trace the suspect as quickly as possible.

He is described as a white male, aged around 19 years old, 5ft 9inches tall with a slim build and short hair that is possibly gelled to one side. He was carrying a rucksack and had been wearing a dark hooded top with grey sleeves, dark grey jogging bottoms, and black Adidas trainers and white soles.

This was a dreadful assault that appears to have been completely unprovoked and carried out in full view of others.

Given the very public nature of this attack I am hopeful those who witnessed this incident will come forward and contact the police.

Officers are currently reviewing CCTV images as part of our ongoing enquiries and we are keen to hear from anyone who has relevant information.

I ask those who were in the area around the time of this incident to please contact police on the non-emergency number 101 or alternatively the charity Crimestoppers on 0800 555 111.