The Wester Hailes Community Council met yesterday, Wednesday 2 March 2016, at Wester Hailes library. Here is our report of what was discussed.

The meeting was attended by local councillors Ricky Henderson and Catherine Fullerton and chaired by community council vice-chair Anne Denholm.

The first item on the agenda was a presentation by Sam Verner about the new small sites programme which will see houses built on three brown sites in Wester Hailes. They propose 34 homes built in Dumbryden, at the site of the old primary school, 37 homes in Calder Gardens, at the site of the old care home, and 30 homes in Hailesland place. The plan is that these homes will all be council ownded and affordable, a mixture of social housing and mid-market rent.

The council is currently at the awareness raising stage and will be visiting several community venues in the coming weeks, including the Calders Residents Association, before carrying out a consultation on their proposed plans. The community council said that this was a positive step and they were happy to see the Council building houses again.

The next item on the agenda was a report by police outlining crimes in the area. The constable commented that since the previous meeting on Wednesday, 2 February 2016, there had been 87 reported incidents. These included the theft of a bicycle, twelve assaults with seven being detected, six statutory breaches of the peace with one detected and four housebreakings. The constable commented that alcohol played an important part in fueling some of these crimes and that investigations were still ongoing.

After the police report there was a presentation by Edinburgh Council on the new Heathervale Young People Centre in Dumbryden. The unit will accommodate up to seven children who will all be from Edinburgh. These children stay at the centre because they cant always stay with their family, this could be because their parents are unable or a childrens’ hearing has ordered it. Andy Jeffries, who was giving the presentation, addressed concerns of the community that plans had changed and that it would no longer only be housing the children from Greendykes but emphasised that it would still be housing children in similar circumstances just from across the city. 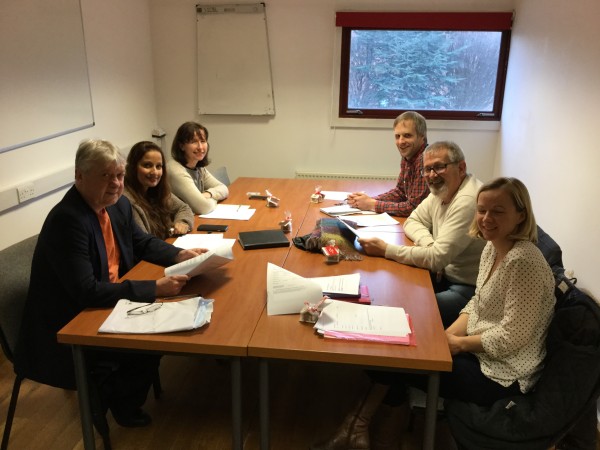 There was then an update on the new Wester Hailes Community Trust and the upcoming information session at Wester Hailes library, this Saturday 5 March 2016, 11.00am – 1.00pm. The session is a great opportunity to find out more about the Trust over a provided lunch and maybe even get involved.

The Trust will give people the power to follow through with the suggestions made at community discussion like the Open Space event. This means that it will not only support small street or neighbourhood based activities by area wide ones. The information session is a great chance to get involved with the group as it is starting.

The final item discussed was concerns over the amount of youths who have been standing outside the plaza smoking. The community council raised concerns that this can be intimidating for people including families and young children who pass through the area. They agreed they would contact the shopping centre manager to see if anything could be done, one suggestion was possibly moving the ash trays further from the door.

The next meeting of the Wester Hailes Community Council will take place on Wednesday 6 April 2016, 6.00- 7.45pm, at Wester Hailes Library.